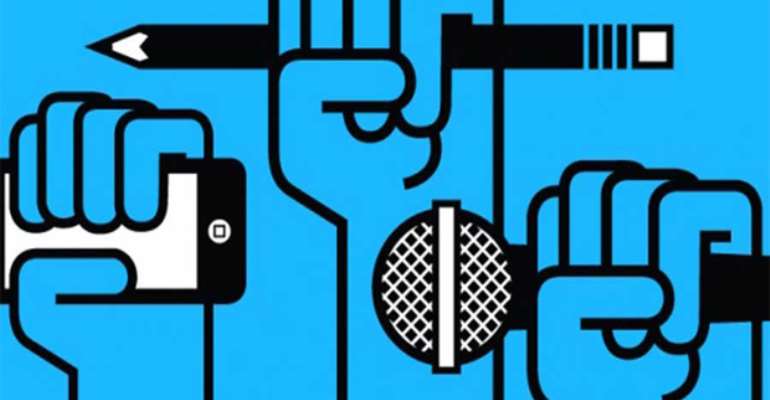 Journalists and others outside the inky fraternity both have a role in upholding the freedom of expression and for that matter democracy.

As a shared responsibility it behooves all to contribute towards this standard of good governance and civility.

Ghana, we can bet, has never experienced so much expressive freedom. So unfettered is the freedom of expression that the traits of irresponsibility on the part of some journalists is glaringly worrying.

When therefore, there are occasional references to a so-called culture of silence in the country by some political actors there is cause to wonder whether the motive is not mischief-driven.

All too soon we have forgotten how the media ambience was like before the repealing of the obnoxious colonial period Criminal Libel Law. Amnesia is a quality in some persons and so when they exude it by living in a fantasy world of a culture of silence and express same all we can do is take note of the shortcoming and just move on. They do not think that it is the unfettered freedom which makes them talk so loosely and irresponsibly boisterous.

The repeated ranting about a so-called gagging of the media is nothing but a calculated attempt at giving government a bad name and hanging it on the public space for electoral mileage.

President Akufo-Addo is best primed to talk about how far we have come in our press freedom journey his yeoman task in pushing for the repealing of the century old Criminal Libel Law standing prominently in our statute books.

His preference for a boisterous, reckless media to as he put it to a supine one has not spared the President the harsh references by those with an insincere mission.

In Ghana there is a certain belief by some that journalists are beyond reproach. Criticising their work will surely attract a reprehensible reaction by some. That is inappropriate because holding the stance that all can be critiqued but journalists does not meet the standard of fairness.

Journalists are as fallible as other members of society their work in particular not exempted from public scrutiny.

The public searchlight should not exempt anybody if we want to derive maximum dividends from democracy and ensure decency and good governance.

Stifling the truth is what emanates from one-sided stories which some journalists prefer churning out in contemporary times. Including the rising incidence of fake news in their regimens only worsens the output of some journalists.

For us therefore, criticizing the poor quality reportage by some journalists cannot represent an asphyxiation of the freedom of expression in the country. Unfortunately this is what some would want to force down the throat of Ghanaians.