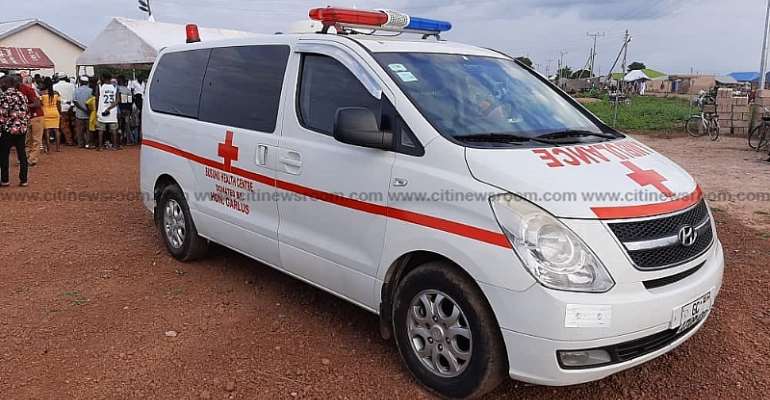 Member of Parliament (MP) for New Edubiase in the Ashanti Region, Adams Abdul Salam has stated that there is a need for an improvement in Ghana’s ambulance service.

According to him, the state of the ambulance service in Ghana is appalling and needs to be looked at.

There have been a lot of complaints about the response times of ambulances to emergencies in the country and the overall state of the service.

Recently, a seemingly new ambulance, with registration number GY 537-20, was seen being loaded with bags of cement by some young men, with footage going viral on social media.

The development sparked a huge debate online, with many criticising the government for failing to ensure that the ambulances for what they were purchased for.

Speaking on Eyewitness News, the New Edubiase MP narrated his experiences with the ambulance service in his constituency, stating that some deaths could have been avoided if the service’s responses had been swifter.

“I think if you become a Member of Parliament, one of the things that that come to you are issues of healthcare. When I was sworn in I was struggling a bit with the things to prioritise but about a month into my tenure, by default, healthcare issues became a priority for us. Usually, when people are involved in an accident, they even come to the MP before they get to the hospital. So issues of emergencies, healthcare, and all that come to our attention very often,” he said.

“There was one that really struck a nerve across the constituency, which involved a headteacher who was going to his community for work and was involved in an accident. Friends of the victim reached out to the ambulance service, only to be told that they could not render any services because the driver of the ambulance was indisposed and that they could not move the vehicle if the designated driver was not there. So when that happened, they had to reach out to Adansi Asokwa, which is the nearby constituency that we share a boundary with, and it took over five hours for them to get there. By which time, the victim had succumbed to the injuries that he sustained. So I thought that was pretty serious and could have been avoided.”

“The second one was when the police commander in our district was found unconscious in the house. We reached out to the ambulance [service] and it was pretty late. It became a tussle between the [officials of] the ambulance service and some police officers as to how he should be transported and whether or not they would be able to transport him in the night. Apparently, for some security reasons, they could not render any services at night. So I thought that day we didn’t have to wait for another victim and or for someone else to suffer the same fate so we needed to bring this to the attention of the authorities and for all of us as a country to see where we are winning without ambulance services.”

Mr. Abdul Salam further stated that it was important for the government to not only provide improved ambulance services but also to ensure that they operate smoothly to protect and preserve life.

“I worked closely, at my former job, with people who needed ambulance services frequently and I could count the number of times that people would have died if responses were not swift and I see the situation in the country to be very bizarre when it comes to responses and it’s just not good enough. I think what goes into it, what goes into their services and the services they actually render, especially when it comes to responding to emergencies, is actually critical to what the ambulance service does.”