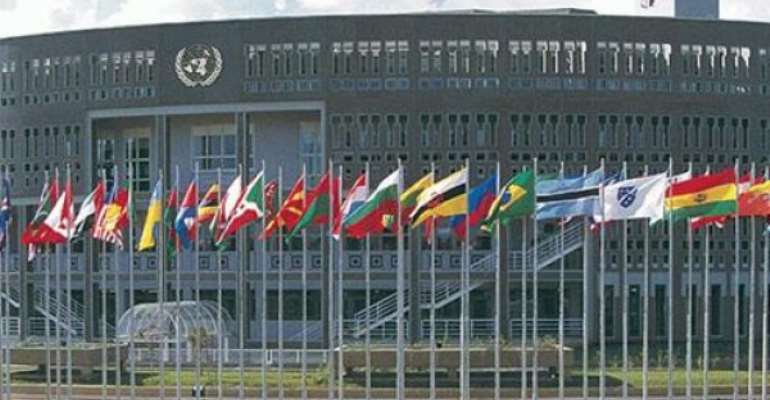 Targeted measures are needed to ensure women equally benefit that will arise from opportunities from the African Continental Free Trade Area (AfCFTA), an official from the UN Economic Commission for Africa (ECA), has said.

Ms Thokozile Ruzvidzo, the Director of Gender, Poverty and Social Policy Division, United Nations ECA, made this appeal to African countries at a roundtable on “Human Capital: Culture and Heritage,” during the 2021 Africa Dialogue Series, monitored by the Ghana News Agency.

She said trade alone could not change the fact that women, who played a significant role in Africa's economy, remained underpaid and underemployed compared to men.

Ms Ruzvidzo said women remained vulnerable to high levies, bribes, harassment, confiscation of goods, and violence, especially in Africa's informal cross-border trade where they made up 70 per cent of merchants.

“Women are not a homogenous group. AfCFTA will affect them differently based on their education, economic status and location. Understanding the gender impacts of trade under AfCFTA is critical in ensuring equality of opportunity for women and men,” she said.

“We know that trade can be a powerful driver of gender equality but that can only happen if we implement measures, which stamp out inequalities across the whole system.”

The AfCFTA is the world's biggest free trade area, with a market of 1.3 billion people and a combined GDP of $3.2 trillion. The agreement creates new jobs and business opportunities across Africa.

However, similar to global trends, women are not benefiting from international trade as much as men.

According to the International Trade Centre, only one per cent of the global government procurement market is currently offered to women-owned businesses.

Research shows that this imbalance reduces GDP and perpetuates poverty, unproductivity and inequality.

First, she said, countries needed to adopt a gender-sensitive approach to the implementation of AfCFTA, especially in areas that directly affected women.

Specific measures could range from customs cooperation to trade facilitation, legal protection from discrimination, sanitary services and administrative support, which will offer women a better, fairer and safer trading environment.

Second, specific continental frameworks are needed to address gender-based barriers, which will guarantee that trade opportunities reach and benefit every African.

Ms Ruzvidzo said: “For instance, introducing a continent-wide Simplified Trade Regime that is sensitive to the needs of small-scale female traders can bring those traders into the formal trading system, enabling them to grow and thrive.”

Similar interventions that addressed obstacles women faced could improve the productivity and competitiveness of women-owned businesses and enable female farmers to access regional markets, she said.

Recognising the digital uptake in the COVID-19 pandemic, the final recommendation focuses on scaling up digitisation efforts to help industrialise and diversify the African economy.

The overarching principle in Ms Ruzvidzo's recommendations is to ensure women's interests and concerns inform the policy, legislative and procedural frameworks to facilitate trade under the AfCFTA.

She said that would ensure no one was left behind and the full potentials of trade liberalisation were positively harnessed for a healthy African economy.