Champions Of Europe: The Road To Destiny

By A. Owusu Bempah 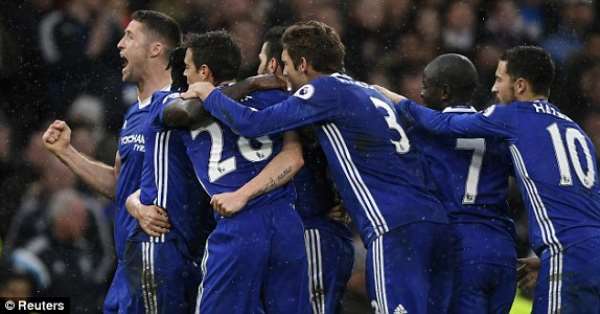 All too soon the curtain has been drawn on yet another pulsating European Club Football season and from the corridors of THE CHAMPIONS, only these lyrics replays repetitively in our ears;

Blue is the colour, football is the game
We’re all together and winning is our aim
So cheer us on through the sun and rain
Cos’ Chelsea, Chelsea is our name!!!

Yes, Chelsea is our name!!! We have conquered Europe yet again and deservedly so! Come On The Chels!!!

Before the commencement of the 2020/2021 season, there was a breath of positive expectation from the teeming Blue fanbase world over which was justified in every sense of it, why? Because our indefatigable owner, Roman Abramovic had done it again, the necessary and exciting recruitments have been made. Amazing!

From the acquisition of Hakim Ziyech from Ajax, Ben Chilwell from Leicester City, Timo Werner from RB Leipzig, Thiago Silva from Paris Saint-Germain, the window Hot-cake Kai Havertz from Bayer Leverkusen and the deal-breaker in my opinion, Eduoard Mendy from Rennes. These purchases did not only come in to solve specific problems in our already existing set-up but also sent an emphatic word to our opponents about our intentions in the season ahead. It was a dream transfer window for the Blues.

The season proper kicks off and the expectations must be turned into reality, that is when our topsy-turvy roller coaster ride began. Our exuberant young manager, Frank Lampard is faced with the arduous task of now moulding the pool of scintillating talents into results-delivering lots. Was he able to deliver? Your guess is as good as mine.

After an impressive 15-game unbeaten run, coupled with topping our Champions League group and progressing steadily in the FA Cup, things begun to go amiss for Frank Lampard and his charges. A team that once occupied the summit of the league table had plummeted to 9th on the log and nothing seemed to be working. Chelsea was in trouble.

On the 26th of January 2021, there was a change in the technical direction of the club, the gaffer Frank Lampard was axed. The dawn of a new era began swiftly with the appointment of Thomas Tuchel, the erstwhile manager of Paris Saint-Germain who took them to their first-ever Champions League final. The story of our season will change from all gloom and doom to bloom and blossom.

The German’s tactical ingenuity and his meticulous attention to detail saw Chelsea rewrite the script of our hitherto forgettable season. Chelsea’s almost impenetrable defence and blistering transitional play under Tuchel will see the team stick a bold claim to the FA Cup, a top-four finish that seemed a bit farfetched at a point and the magnum opus, The Champions League.

Fast forward, the rejuvenated Chelsea knocked out the runaway-league-winners Manchester City in the FA Cup semi-final but could not cap it with a victory in the final when they succumbed to a belter from Leicester City’s Youri Tielemans. The Blues will however pick up the pieces from the devastating defeat in the Cup final and ensure Champions League qualification is sealed. As expected from a team with a set target, that was achieved and our place in next seasons’ continental showpiece was guaranteed. Bravo!!!

The time had come for history to be made. A brilliant Champions League campaign had culminated in seeing The Blues in the final to stake a claim to the mammoth glittering trophy. Our opponent, a familiar foe we know so well in the season which is almost a wrap. It was always going to be a Herculean task but Tuchel and his charges couldn't come so close to a chance of a silverware again and blow it, they were up for the challenge this time around.

The day of reckoning had befallen on us, the Estádio do Dragão in Porto will welcome two of England's big shots in the modern era. The Champions League final is here! After Pep succumbing twice to Tuchel, the task almost seemed insurmountable for a third time on the biggest stage compared to all the previous meetings. The Blues will however take inspiration from the famous victories against Sevilla, Atletico Madrid, FC Porto and the biggest of it all, against the redoubtable Real Madrid.

The early exchanges saw both teams make their intentions clear by having a go at each other in their respective thirds. From the audacious timely challenge from Rüdiger to forfend Foden a shot at goal, to Azpilicueta’s block in the box to avert the danger the ball played across the goal could have caused, only goes to tell the edge of the seat moments that encompassed the fiercely contested finale. At exactly 41:58 on the clock, Kai Havertz’s ball after masterly beating Ederson’s challenge caressed the gaping net, one-nil to Chelsea.

Manchester City will throw everything at Chelsea to pull parity but the boys in blue will hold their own until referee Antonio Mateu Lahoz brought proceedings to an end. The roof of the Estádio do Dragão was shaken by stentorian noises from the travelling Chelsea fans and the team as they throng the pitch in extreme ecstasy and exhilaration. Chelsea has won the coveted Champions League trophy for the second time in their history. What a night it was!

Thomas Tuchel has achieved a lifetime dream, so did his gallant gladiators who fought tooth and nail to ensure their target which many football fans snorted at came into fruition. Against all odds, Chelsea has done it again and are THE CHAMPIONS OF EUROPE!!!

As the celebrations go on across the length and breadth of the globe, we can only be hopeful for a trophy-laden period as a club after this mammoth feat. We can only hope the gods of football will agree in unison again to grant us another successful stint in this grande assembly. Yes, we can only HOPE!

Until then, we will still KEEP THE BLUE FLAG FLYING HIGH.

Authored by: A. Owusu Bempah.