Our present place has outlived its usefulness, we made a request to be relocated – Abossey Okai spare parts dealers 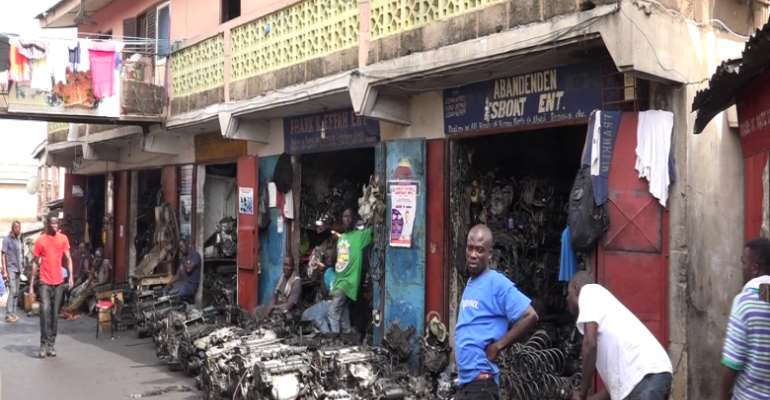 The Abossey Okai Spare Parts Dealers Association has debunked reports that its members are being evicted from their present location by the Greater Accra regional minister Henry Quartey.

The Association said the relocation is at their own request.

They explained in a statement that they put the request before President Nana Akufo-Addo when he visited them as part of his Greater Accra regional tour in November 2020 in the round-up to the election.

The request according to the Association was as a result of:

· Our present place has outlived its usefulness and that not even 10% of our shops there do have toilet and urine facilities.

· The place is so congested that our customers don’t find it convenient to come there and patronize our goods as a result of people selling in the middle of the road as well as people repairing vehicles in the road.

· That because the place is not gated unscrupulous people go around various workshops within the city and pick discarded parts, bring them to Abossey Okai, polish them and resell to unsuspecting customers

The statement noted that it is against these that the public must understand it is the association that is calling for the relocation and not that the minister is ejecting them.

The association disclosed that the Greater Accra regional minister after a stakeholder engagement as part of his “Make Accra Work Again Project” has pledged his support for the construction of an ultra-modern spare parts hub which will include shops, banks, police stations, hospitals and even estates.

The relocation according to the spare part dealers is expected to commence at the end of the year.