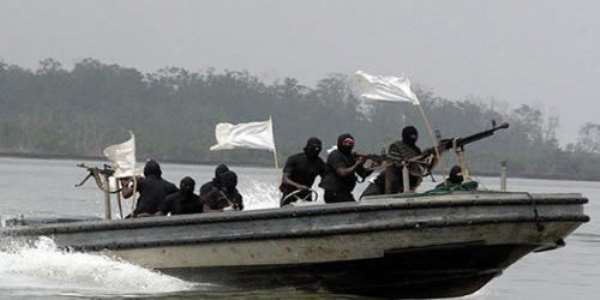 Ghana Navy Patrol Boats have been dispatched following the kidnapped of five crew members on board a Ghanaian vessel by suspected pirates at the south of Cotonou, Benin.

However, the remaining 31 crew comprising 30 Ghanaians and one Korean are reported to be safe and back in Tema.

There are growing concerns as a result of the second Ghanaian registered vessel being attacked in less than two weeks after initial attack on Atlantic Princess at Ningo-Pramrpam by Nigeria pirates.

According to information available to DGN Online on May 26, 2021 the Ghanaian registered vessel was reportedly conducting fishing activities in Ghanaian waters since leaving Tema harbor and crossed into Benin waters on May 30, 2021.

The crew reported sighting a suspected vessel at the horizon about an hour before the attack but could not ascertain whether the two skiffs were launched from the vessel.

The vessel later was swiftly approached by two pirate skiff boats forcing it to stop.

Seven pirates all armed with weapons boarded the vessel and rummaged the vessel before they took away the aforementioned crew, personal belongings and valuables.

The pirates disembarked the vessel with the five crew members and a report was made to the security authorities as the vessel is currently sailing back towards Tema port.