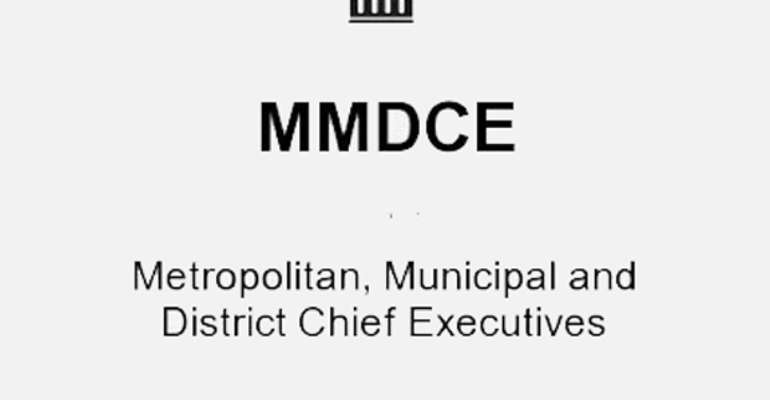 The number of Metropolitan, Municipal and District Chief Executive (MMDCE) applicants is phenomenal. Observers of the trend have sought to determine the factors driving the quest to become MMDCEs.

We would have been excited had the motive been a burning desire to serve and to make positive impact in the lives of the people by persons who understand what is expected for the office.

How we wish elections were used to pick persons for the positions. That has not been the case and we rather have the vetting system to pick the most qualified which for us is a welcome option in the absence of the elections.

Some MMDCEs did their best under the prevailing circumstances to deliver. Others could not perhaps unable to even appreciate the importance of the objectives and goals of the decentralization concept.

Be it as it may, it is our hope that those who merit it are given the nod to effect a paradigm shift in the management of metropolitan, municipal and district assemblies.

As representatives of the President, such officers must of course understand the agenda of the country's Chief Executive Officer and carry out at the local levels government's policy direction.

The first step towards the successful implementation of government policies is to understand them. A situation where applicants are unable to show knowledge of these is an apt indication that they are unfit for the positions they seek many instances of which prevail.

We have come a long way since the initiation of the decentralization concept that we should have traversed more milestones than we have done so far.

We recommend for good cause that those who are eventually appointed as fresh persons and those retained because of their excellent performance as some have exhibited, an applicable performance criteria should be established for them. The factors should be peculiar to individual municipalities or districts.

Considering the seriousness of the illegal mining trend in the country and the ongoing campaign against it, MMDCEs in illegal mining prone areas should show proof of how much they have been able to fight the phenomenon.  This is critical and should not be overlooked.

Ghana is set to embark upon a greening project, an ambitious tree planting exercise in which MMDCEs have peculiar roles to play. Their ability to sustain the project and green their areas of jurisdiction should be included among the pointers to be considered when their performances are being reviewed.

One of the challenges facing the country today especially the urban settings is managing the environment. The filth situation in Accra especially is worrying. It has been observed that the successful cleanup exercise spearheaded by the Greater Accra Regional Minister and the Regional Coordinating Council is being threatened with the piling up of garbage in areas which were rid of the spectacle earlier.

MMDCEs must be seen to be tackling this worrying trend of filth in the nation's capital as in other areas.

With the relevant bylaws existing in the statute books what remains outstanding is the efforts and wherewithal of the MMDCEs to marshal the necessary forces to reverse the filth situation.

MMDCEs should be able to manage the public purse in their care satisfactorily and show capacity to mobilize revenue in their areas of jurisdiction.

It is the foregone inter alia which count in determining qualified persons for the positions and not the ability to mobilize chiefs and opinion leaders to lobby on behalf of existing MMDCEs or applicants.