Twene Jonas is now a Hero because of Oheneba Media & Co. 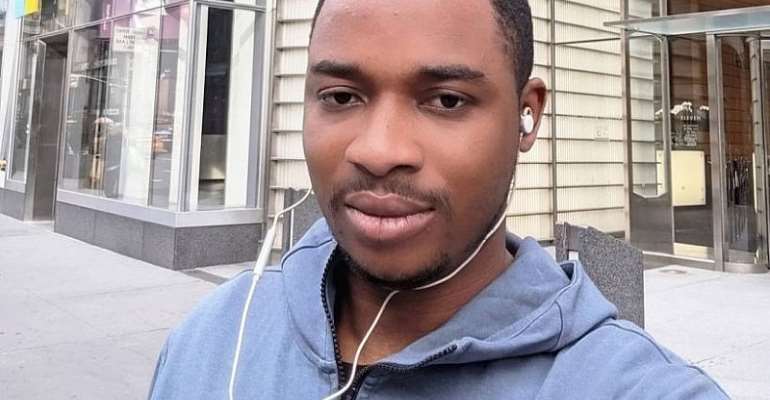 The hypocritical attitude, sycophancy and thoughtlessness of the proprietor of Oheneba Media and his management have now made Twene Jonas a hero of the Ghanaian youth. Oheneba Media thought they were going to put Twene Jonas into problem but little did he know that his plot was going to backfire on him, to rather throw Jonas into the limelight, endear him to the suffering masses in Ghana. He has now become the voice of the voiceless, touted throughout the world wherever a Ghanaian community is found.

If Oheneba Media had not stupidly, quickly activated his opportunistic adrenalin to seek to antagonize Jonas, his alleged recorded rain of insults on Asantehene Otumfuo Osei Tutu II, would not have gained its present national, if not worldwide, exponential recognition to become the hot topic of discussion wherever two or three Ghanaians have gathered.

The proprietor of Oheneba Media, though residing in either Germany or Belgium, is not conversant with the laws of human rights, their prevalence and how much they are valued and protected in Europe. If he knew, he would not maliciously dare to seek to endanger the lives of some Ghanaians abroad. He had done it to one woman in Switzerland. He had done it to Ohene David in Germany and has now done it to Hero Twene Jonas in the USA.

He always conducts investigations to locate his victims, thus, those he perceives to be against Asantehene Otumfuo Osei Tutu II. He then blows their cover, arranges a team member of his to contact the chiefs concerned in Ghana. He ensures that they resort to ritualized invocation of curses on his victims. He films the actions, then puts them on social media, not only to put the lives of his victims in danger but also, to make money out of it.

It has never been the motive of the woman in Switzerland, Ohene David and Twene Jonas, to make money out of their recorded actions to fix Ghana by castigating the perpetrators of the devastating crimes against mother Ghana. They simply want the world to know about the crimes such irresponsible leaders, be they politicians, public servants or traditional chiefs, are committing against Ghanaians. However, Oheneba Media seeks to make financial gains out of the troubles he causes for others.

Had it not been for the thoughtless action by Oheneba Media, that chief who claims to be Asantehene’s Nifahene would not have come live on TV to assert that he was going to invoke all the river gods and fetishes in Ghana to curse Twene Jonas. If it were not for Oheneba Media, that heavily drunk guy would not have poured a bottle of schnapps on to the ground, smashed two eggs amid invocations and incantations to kill Twene Jonas.

Had it not been for Oheneba Media’s evil machinations, that fetish priest would not have cursed Twene Jonas. The ripple effect of roguish Oheneba Media’s action, had a so-called puppet Asantehene of New York come on live video to threaten to ensure the extradition of Twene Jonas from the USA to Ghana to be mercilessly dealt with by Asantehene Otumfuo Osei Tutu II and his cabal of Asanteman chiefs..

I was aghast at the pronouncements by the chief. How on earth could he deport Twene Jonas from America? Is he such a greenhorn not to understand how the laws work in civilized America to simply talk that rubbish? What authority has he to cause Jonas’ extradition from the USA to Ghana to be maltreated by Asantehene? Talk is cheap indeed!

If I were Twene Jonas, I would report him to the American police, or sue this bloody ass. What right has he in America to threaten the life of an innocent citizen or immigrant? If he thinks he can behave irresponsibly criminally as he would in Ghana, I am afraid he has got it all wrong.

All those mentioned as seeking to intimidate Twene Jonas and Co., or have them killed or extradited to Ghana, are now the bitterest enemies of the Ghanaian youth now called the Freedom Fighters. The Freedom Fighters are concerned about the fate of Ghana should the chiefs and politicians be allowed to continue with their corrupt actions that have the potential to result in Ghanaians being enslaved in their own land by the Chinese.

More grease to the elbows of the three musketeers - Lady Switzerland, Ohene David and Sir Twene Jonas. What about Rockson Adofo, that fearless no-nonsense son from Kumawu/Asiampa, the once pacesetter or torchbearer to take on Asantehene and his cohorts in attempts to chase them out of Kumawuman affairs? He is now old and must cede the space for the three musketeers!

Has Lady Switzerland become rusty? If no, then let the world hear from you!

If you play with Kumawuman, God and the ancestors will disgrace you. No wonder the predicament Asantehene Otumfuo Osei Tutu II finds himself in at the hands of the three musketeers and their exuberant Freedom fighters.