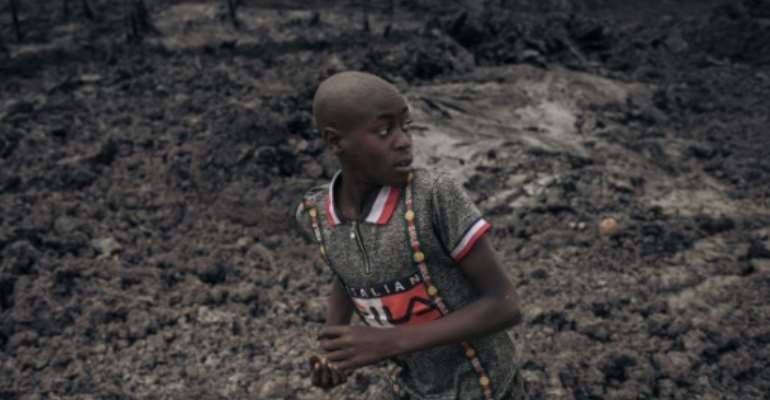 Rwandan President Paul Kagame on Friday appealed for 'urgent global support' to manage a crisis on the border with the Democratic Republic of Congo, as civilians fled another feared eruption of Mount Nyiragongo.

Africa's most active volcano blew at the weekend, spewing rivers of lava that claimed nearly three dozen lives and destroyed the homes of around 20,000 people before the eruption stopped.

But following warnings Nyiragongo could erupt again, authorities in the nearby city of Goma on Thursday issued a "preventative" evacuation order, sending nearly 400,000 people fleeing.

Thousands have streamed over the border into Rwanda, seeking refuge in makeshift tents.

"We are having big numbers of people crossing the border. So we are trying to work with the Congolese side to deal with the humanitarian crisis that is unfolding out of that," Kagame said in an interview late Friday with AFP and France Inter.

"We already need urgent, global support to keep on monitoring, knowing what is going on."

Around 3,000 people are estimated to have arrived in the Rugerero camp 10 kilometres (six miles) from the border with DR Congo, where just on the other side, Nyiragongo looms over Goma.

Camps have sprung up in other border districts, with trucks bringing refugees from the border and temporary clinics tending to the sick.

Kagame said earthquakes in the aftermath of the eruption had also damaged houses, roads and other infrastructure on his country's side of the border, and displaced Rwandans too.

"We are anticipating to deal with this," he said.

"There are things we are planning that are immediate, urgent, there are others we respond to as they happen," he said, but addded there were limitations to what could be done.

The influx has prompted concerns by UNHCR and the Rwandan government about an outbreak of the coronavirus.

An official from the Rwandan ministry of emergency management told AFP there were currently sufficient supplies of food, water and medicine in the camps but this could change as more people fled the volcano.