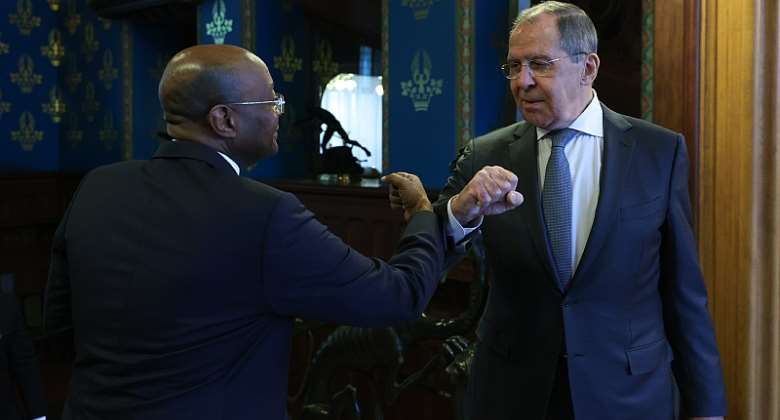 Russian Foreign Minister Sergey Lavrov has held diplomatic talks with Gabonese Foreign Minister Pacome Moubelet-Boubeya on the state of their bilateral relations, recalled the past years and decades of their friendship and cooperation, and further outlined ways to promote ties in all areas of mutual interest in the Republic of Gabon.

"We see substantial potential for building up trade, economic and investment cooperation. We agreed to take further steps to implement promising projects in hydrocarbon production, energy and infrastructure development. A number of Russian companies are showing a specific interest in finding partners in Gabon and promoting mutually beneficial agreements on the ground," Lavrov said during media conference after their closed-door meeting on May 27.

In order to increase bilateral trade, an intergovernmental customs cooperation agreement will facilitate the expansion of mutual trade and, work on the document is being finalized. Russia will continue to cooperate in training highly qualified personnel for Gabon at Russian universities. The Russian government has allocated additional state scholarships for the next academic year at the request of Libreville.

"We have had our first experience training personnel for the Gabon army and law enforcement agencies, and we plan to expand it further. There are relevant agreements in place between the defence ministries, and a legal framework for this. We are ready to supply military products to help increase the defence capability of the Gabonese Republic," Lavrov stressed in his speech.

Gabon expects arms deliveries from Russia to continue, Moubelet-Boubeya reaffirmed at a press conference following talks with his Russian counterpart, and added "We have already received military products (from Russia) and new deliveries are expected in the future."

Besides that, Gabon also receives assistance from Russia in military personnel training. "The Russian Federation has provided additional places to the Gabonese Republic for training Gabonese military specialists who will strengthen our defense potential," he remarked with high appreciation.

Lavrov proceeded by saying that solving Africa's problems requires a comprehensive approach, based on coordination between African nations and with the international community's support. "We paid special attention to the situation on the African continent. We share the opinion that effectively solving the numerous problems that remain there requires a comprehensive approach, which would primarily include the well-coordinated efforts of African nations and with the support of the international community," he emphasized.

The problem of piracy in the Gulf of Guinea is acquiring serious dimensions and Russia is prepared to participate in addressing this issue in different ways, including under the auspices of the United Nations.

"We discussed in detail the need for stepping up the potential of the world community and of African countries in particular in resistance to terrorism and piracy in the Gulf of Guinea, which is acquiring rather serious dimensions," Lavrov said. "There is readiness and a practical result in this respect. Russia and Gabon are participating in corresponding efforts by the international community, including those under the aegis of the United Nations."

In addition, Lavrov at the media conference pointed to the political declaration approved at the first Russia-Africa summit in 2019. He further mentioned the Memorandum of Understanding (MoU) between the Russian Government and the African Union Commission on the Basics of Mutual Relations and Cooperation.

The Russian Foreign Ministry has established Secretariat of Russia-Africa Partnership Forum that is currently working on the action plan for cooperation, will be finalized and be forwarded to the African Union Commission. There are framework documents, such as the declaration and the memorandum, and currently a document is in the pipeline that sets forth the practical steps to carry out the agreements reached at the highest level. The second Russia-Africa summit is set to take place next year in Addis Ababa, Ethiopia.

Those in secular world live better because they work hard th...
5 hours ago