Pillaging patrols on the loose 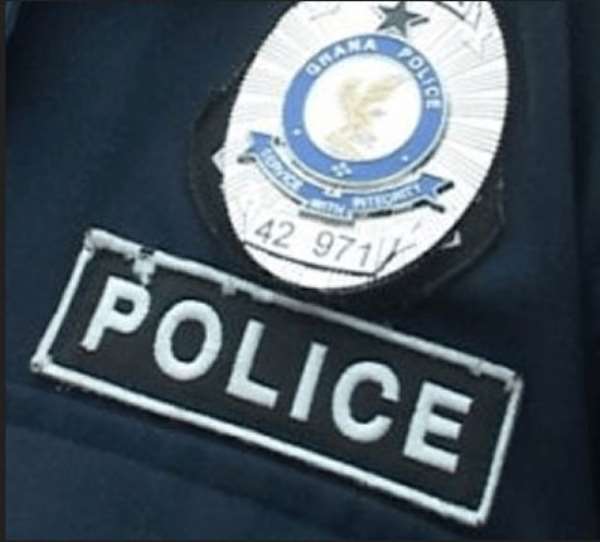 Five other ranked officers of the Ghana Police Service are alleged to have extorted GH¢20,000 from an individual. It is not the amount of money extorted which matters but the occupation of the suspects and the manner in which they committed the crime and the dent they have inflicted upon the law enforcement system. The case is in court and we are not supposed to go deep into it.

To think that the suspects could have committed similar criminalities in the past makes us cringe.

It is regrettable that bad elements in the police, most of them young entrants, are inflicting such dents on the law enforcement system and undoing the great works done by their predecessors.

We are appalled that the incidence of extortion and sometimes outright thievery continue to be exacted by some law enforcement officers, the get-rich-quick phenomenon beclouding their conscience.

The case of two police officers in a service vehicle robbing a foreign dealer of some money for which they were eventually arrested refers. We still have not heard about the outcome of the investigations about five or so months since the criminality was committed. There is the need for such outcomes to be publicized to restore public confidence in the law enforcement system. Follow-ups by journalists have been futile because the Police are not forthcoming with information. Such situations prompt the thought that the suspect police officers are being shielded by their superiors.

Having gone through the list of suspected cop extortionists we find a discrepancy which we think must be addressed generally by the Police Administration if such criminal tendencies are to be stemmed.

There was no senior NCO or Non-Commissioned Officer among the five suspect officers suggesting that they were directionless and could do as they pleased all of them almost being on the same rank, Constables to Lance Corporals.

Letting loose on the streets young police officers with an obsession to fleece money from drivers, a service vehicle at their disposal is exposing them to irresistible temptations such as extortions and abuse of authority.

We wonder whether it is a policy to allow patrols without a senior NCO to command them.

With limited resources such as fuel at their disposal personnel on patrols especially with no senior to direct or control their excesses the proclivity in them to extort or even steal is very high. They would not mind going on such duties even without fuel ration.

Merely looking at a person and labeling him a fraudster and extorting money from him should not be ignored under any circumstance.

Something is really wrong with the law enforcement system and until this is addressed the incidence of extortions and stealing using service weapons will continue to be a feature of policing sadly.

It is unfortunate that the good elements in the service have had to share in the fallouts of the reprehensible conduct of the bad guys within their fold.

We have observed that when such obnoxious conducts are reported under disparaging headlines the heat they generate are short-lived and nothing is heard about the cases again.

We shall return with an enquiry about the outcome of the cases of extortion against police officers.

Officers who are found guilty of extortion and stealing should be prosecuted in the law courts and dismissed before they commence their jail sentence. It is not about a punitive action within the service only. It goes beyond the confines of the Police Headquarters.