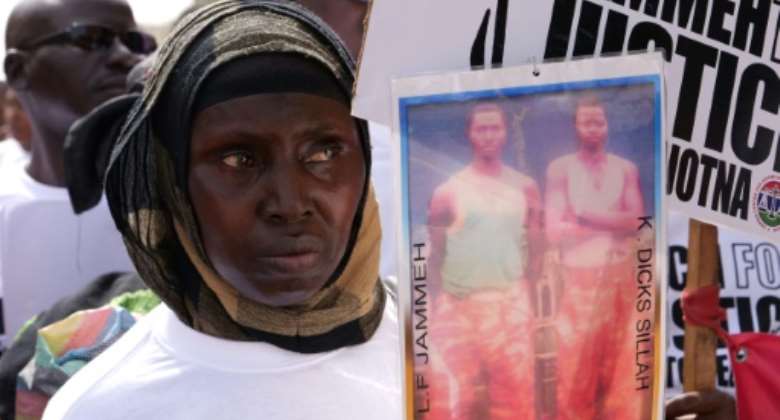 Over 370 witnesses have testified since January 2019 -- including former ministers and members of Jammeh's personal death squad -- offering harrowing testimony about torture, murder, rape and witch hunts under the former autocrat.

On Thursday, the panel began interviewing 42-year-old Captain Saikou Jallow, the former dictator's personal assistant, who testified that Jammeh had ordered the killing of several of his own family members.

A member of the commission said that the hearings would continue on Friday, and then end with conclusions from the panel.

TRRC Executive Secretary Galleh Jallow also told AFP that the commission will hand a report on the proceedings to President Barrow in July.

The report is highly anticipated by victims and rights groups because of the possibility it will recommend pursuing criminal charges against Jammeh.

Exchanges between lawyers and Captain Saikou Jallow on Thursday were notably tense.

"You're one of those who was the closest to Jammeh. He used to call you his son, you used to call him your dad," said lead counsel chief commissioner, Essa Faal.

Jallow admitted that the former dictator had ordered the killings of disgraced members of his own family, in line with other witness testimony.

But he refused to implicate Jammeh in other killings, explaining that the former president told him several times that his men had "tricked" him.

Numerous other witnesses during other sessions of the truth panel have testified to Jammeh's alleged execution orders, however.

In 2019, a former member of Jammeh's personal death squad known as the "Junglers" testified that the president ordered the killing of Deyda Hydara, a Gambian journalist and AFP correspondent in the capital Banjul.

Former army members also told the commission last year that Jammeh personally ordered the 2005 massacre of around 50 African migrants -- one of the most notorious atrocities committed in the country of some 2 million people.

Jammeh, 56, still has his supporters in the poor nation, but there have also been calls for him to be returned to the country for prosecution.

In January 2020, then justice minister Abubacarr Tambadou said that the ex-autocrat would face "immediate arrest and charges of the most serious kind" if he ever returned from exile.

The commission has no power to convict, however, it may recommend pursuing criminal charges against Jammeh.

Faal, the chief counsel, stressed on Thursday that the commission was not aimed at targeting Jammeh but rather at uncovering the truth.

Human Rights Watch said in a statement on Monday that the hearings "underscored the need for a criminal investigation".