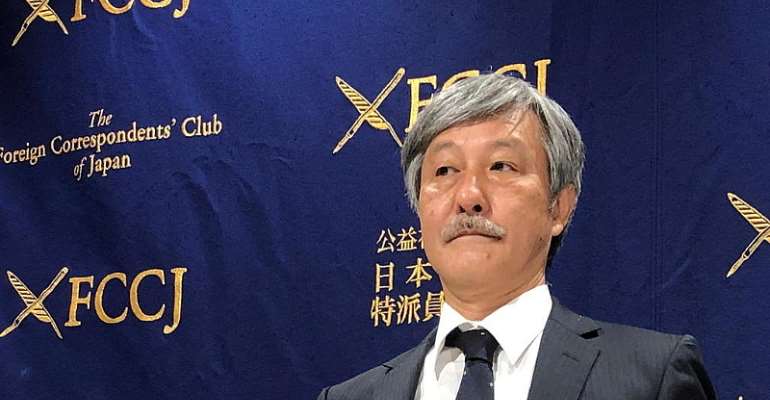 The head of a prestigious group of Japanese medics warned on Thursday that holding the Tokyo Olympics in July could lead to the spread of variants of the coronavirus and even create an Olympic mutation.

Dr Naoto Ueyama, chairman of the 130-member Japan Doctors' Union, said the International Olympic Committee (IOC) and the Japanese government had underestimated the risks of bringing in around 80,000 athletes, officials, judges and journalists from around the world.

Ueyama said the event, postponed from last summer, should be called off.

“Since the emergence of Covid-19 there has not been such a dangerous gathering of people coming together in one place from so many different places,” he said. “It's very difficult to predict what this could lead to.”

Ueyama's comments come a day after an editorial in the influential Japanese daily newspaper Asahi urged the government of Yoshihide Suga to cancel the event due to the pandemic.

“All of the different mutated strains of the virus that exist in different places will be concentrated and gathering here in Tokyo," Ueyama added.

“We cannot deny the possibility of even a new strain of the virus potentially emerging after the Olympics.

“If such a situation were to arise, this would be a huge tragedy and something that would make us the target of criticism for a very long time.”

Lack of scientific evidence
The IOC and Japanese organisers have insisted the Olympics - due to start on 23 July as well as the subsequent Paralympics - will be safe and secure.

They say a programme of extensive testing, strict health procedures and keeping athletes largely isolated in the Olympic Village will help them achieve their ambitions.

The IOC has said it expects more than 80 percent of the people living in the village to be vaccinated. They have also published a Playbook containing detailed guidelines for everyone attending the event.

But despite the confidence, more doubts are arising over the sense of staging the Games.

Earlier this week, the New England Journal of Medicine said in a commentary: “We believe the IOC's determination to proceed with the Olympic Games is not informed by the best scientific evidence.

“The IOC's Playbooks are not built on scientifically rigorous risk assessment, and they fail to consider the ways in which exposure occurs, the factors that contribute to exposure, and which participants may be at highest risk."

Last month in an editorial, the British Medical Journal also asked organisers to reconsider holding the Olympics in the middle of a pandemic.

Decision
Ueyama added: “A decision to hold the Olympics is not something to be made only by the IOC or only by the one host country,” he said

“I am an Olympic fan. However, I don't think they should go ahead while pushing many people into danger or calling on many people to make sacrifices. It is dangerous to hold the Olympic Games here in Tokyo.".

Several regions, including Tokyo and Osaka, have been placed under a state of emergency in order to stem the rising numbers of infections in the country where more than 12,000 people have died from the disease since January 2020.

Health officials say the restrictions are likely to last until late June.