A Video Full Of Hogwash 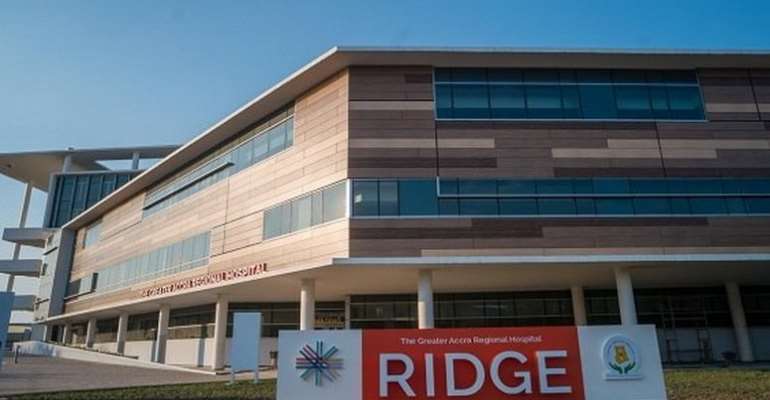 The pros of social media are being threatened by the cons at an alarming speed and frequency its actors sparing no institution or individuals.

The disregard for social ethics by such persons has in recent times brought their activities into sharp focus.  Advocates of decency continue to lament about the fallouts from the misuse of the unconventional media.

With no inhibition to what can be put out on social media, its abuse is appreciating daily.

The Greater Accra Regional Hospital otherwise known as Ridge Hospital has had its unfair share of social media abuse since last year.

After enduring an unsubstantiated attack last year another one has been launched, targeting the Zongo communities across the country.  A gentleman who claims to be resident in Atlanta, US claims in a video, that organs of Muslims at the health facility are being harvested for sale in South Africa.

The Greater Accra Regional Health Director Dr. Charity Sarpong in her reaction described the allegation as disturbing and triggering fear and panic among a section of the population and we could not agree more.

The allegations are so cheap and infantile that we wonder just why the originator expects his crap to be digested by intelligent persons.

It is a video depicting a man speaking Hausa to the effect that the facility when Muslims are admitted and die their organs especially kidneys are harvested for sale in South Africa.

Following on the heels of the man is a lady who endorses the wild allegations.

The motive for wanting to dent the image of a regional health facility is beyond our ken. We wish we could determine what has encouraged the man who we are told lives in the US intends to derive from embarking upon such a wild expedition.

If the man is outside the reach of the security agents the lady who endorsed his allegations must be, in our opinion, be invited by the Police to substantiate the accusations.

Those who embark on such destructive ventures must be invited to come and substantiate them or face the full rigours of the law.

We should not condone the verbal destruction of state institutions in which citizens serve the interests of their compatriots.

We recognize the hard-work of the staff of the Ridge Hospital especially during the high point of the COVID-19 pandemic at the risk of their lives. We also do observe how the number of mischief-makers is on the rise most of them using social media to run down the reputation of both institutions and individuals especially public servants.

The relevant state authorities with the wherewithal to fish out such bad elements should not hesitate to do so otherwise social media will end up being a curse rather than beneficial.