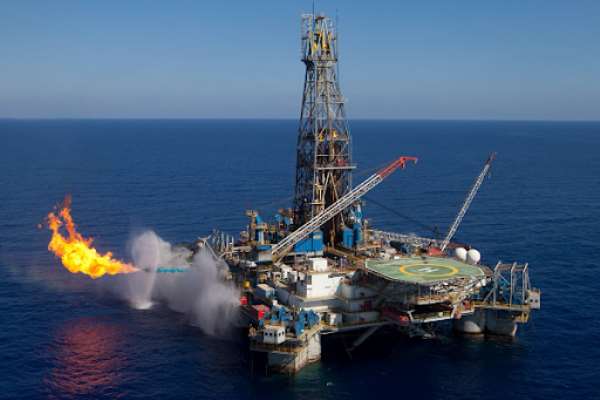 If having a resource such as oil or gas makes you poor, like a resource curse, then wouldn't the UAE, Kuwait, Qatar and Saudi Arabia be incredibly poor? In Africa, how many countries transform their raw materials into finished products? Hardly any or quite a few. I hardly believe in such lame excuses when leaders of countries are managerial deficit and wallowing in a pool of gargantuan corruption to amassing wealth for themselves and families turn to blame non-existing factors for poor governance.

It sucks! Is there ever hope for the Ghanaian child who will wake up to clean and safe drinking water, to traveling on good roads and with stable electricity! It is crystal clear that various governments in Ghana, since 1957 till date haven't found a cure to our most pressing needs.

It is always a blame game of who is competent and who is not— who borrowed more than the other, who received more revenue, and all that. No government in my view has ever claimed responsibility to serve the people without having to rope in past governments for their poor show.

The pressing issue today is about sustainable job creation. And we know that jobs in extraction may create some small wealth for the local population, but there is very little skills transfer as the International companies bring in expatriates to run the business locally. This way, the money ends up going straight into the pocket of the landowner and political elite.

As there is no or little local processing to make finished product and there is very little wealth creation for the local general population. Even though we may claim, in numerical value, that jobs and wealth are being created in the extraction sector, such wealth remains in the pockets of top political leaders. It doesn't trickle down to the poor taxpayer in my village by way of good roads and safe drinking water.

But we haven't changed in the improvement of our health sector, education, services and many more. We might have changed by building few hospitals whiles our leaders jet off to UK and US for medical treatment. Is this the change we so yearn for?

Sometimes, it makes one question how we arrive at GDP growth for our countries. There are instances where the Statistical Service Department and the government's financial wing have different figures for just a small country like Ghana.

At the end of the day, the Statistical Service has to abandon theirs to the government to appease it. So that's why most times countries have record-breaking growth in GDP, they might be growing at 7–9% per year but doesn't translate into increased living standards for the average person.

My belief is always that natural resources do not guarantee the development of a country but rather human resources. A country can have a lot of natural resources and fail to develop because the leaders are highly dishonest towards the management of those resources.

There was a celebration with high hopes that Ghana is on its way to getting about 80% of its problems solved when the 2007 discovery of oil in commercial quantities by Kosmos Energy and Tullow Oil in wells in the offshore Tano Basin and west of Cape Three Points in the Western Region.

As I write, there have been more discoveries, but we are still stuck here trying to find safe and potable drinking water for communities. Has it been a blessing or a curse?! It is a blessing to us but the leadership managing the same is a curse to Ghana.

There were mixed reactions from the 1960s when many African countries got independence and expectations were high. “What roadmap was Africa to take to govern itself properly?” was a question to many critical minds. I know there are many who had high expectations that Africa would be like Dubai. Rising up to challenges and developing through that.

In fact, it was like a challenge to prove a point that Africa can do better with their own people leading their countries. It was a good idea, but the leaders were dishonest and to date, most are. Many leaders like Nkrumah, Kenyatta, Sankara wowed everyone with their speeches. Nkrumah began with the import substitution industry, and after he left, over 95% collapsed.

This is the same in almost every African country. Now, we wow the West for loans but never have we stop to ask ourselves, “what is actually wrong with me as a leader of a blessed country?”. Until then and until leaders find solutions to the problems they themselves created and superimposed, the borrowing will continue unabated.

By using this piece, I will suggest to the Ghanaian government to find ways of upgrading the skills of local manufacturers. It is the domestic manufacturers who need political support of tariffs or other supports to subsidize their operations until they can compete in the global market and grow a domestic economy to support sales. And part of upgrading their skills in knowledge of minerals extraction must include honesty as a bedrock to making a beneficial impact on the growth of our economies. We can do it!

Ghana itself is not poor. The proper utilization of its resources; however, is in fact in question.

This article was written by Abdul-Razak Lukman