The rain is coming! 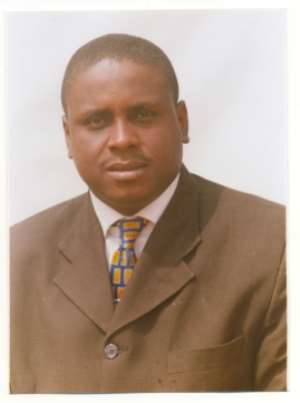 "Finally the seventh time, his servant told him, 'I saw a little cloud about the size of a hand rising from the sea...” 1Kings 18:44

Divine projects will always start like a little cloud, but will ultimately end up a rainstorm! True. When God wants to do any great thing, it always starts small and if you are not careful, you will be tempted to ignore, despise or even trample on it. But we have long been warned not to despise the days of the little beginnings.

In fact, Jesus summed it up by telling us about the mustard seed phenomenon in the kingdom: though it is currently the smallest, but it will definitely grow into greatness, tall above others. And not just the growth, it will also serve as a shelter for so many. Now, I have a mandate to tell you that that project in your hands will grow beyond your wildest imagination. Yes, you're starting small, but I see it growing rapidly and overtaking others!

Why are you despising this little beginning? Has God done anything big that did not start small? When he wanted to start creating he began with one item. When he wanted to flood the earth with people, he started with just one man - Adam. When he decided to bless the whole world, he called out an Abraham.

When he planned to save the whole of mankind, he sent in a little baby that was born in a manger to an unknown carpenter. When it was expedient to save his terribly bruised people from the merciless Egyptian taskmasters, he also sent a new baby born to another unknown family; who was later abandoned to hope on the Nile (the river that is known for some of the most dangerous reptiles and crocodiles).

He later became a frustrated fugitive and cattle rearer in a foreign land. But when it was time, the vision spoke and Moses accomplished the dramatic, commando deliverance of the Jews, and also became of the greatest prophets ever-lived. The only that constantly spoke with God face to face. He started small.

Today, God is telling you that that project in your hands though starting small will grow mightily. You are in for a divine surprise. Yes, today it is starting just as a thought, a dream, a sketch, but it will grow and overtake others. This prophecy is for you and that is why you're reading it. And As long as you believe what you are reading now, these words must surely come to pass in your life.

Now, look at our main text at the beginning. When God was to restore rain to Israel after a three and half years drought, it came through the same principle. The drought came because of Israel's disobedience. They left the true God – the God of Abraham, Isaac and Israel and were worshiping idols. Now, after Elijah defeated the false prophets at that decisive battle of Mount Carmel, he immediately announced to King Ahab, "Get thee up, eat and drink: for I hear a sound of abundance of rain." My God! Yes, it begins in the spirit before it manifests in the physical. Everything starts from the spiritual.

Even when the rain was yet to come, the man of God was already hearing the sound of the heavy rainstorm in the spirit. And this is because the Almighty had spoken to him. What are you hearing in the spirit now? Do you know that the spirit controls the physical? Now, immediately after the declaration, Elijah climbed the top of the mountain, hid his face between his knees and began to pray down the rain.

You cannot birth the will of God in your life, family, business, relationship and in our nation without prayer. Prayer is the master key. True! As he prayed, he sent out his servant to see if the rain was coming and the guy saw nothing. But at the seventh time, the servant reported that he saw a little cloud that looked like a man's hand rising from the sea and Elijah shouted, "That is it!"

The rain immediately followed in torrents. And was it was indeed a great storm! Out of this small beginning, there is going to be a mighty rainstorm of blessings! The word of God does not fail. As I write, I'm already hearing this sound of the abundance of that rain coming your way. The release and restoration will be sudden, great, complete, refreshing, and unprecedented. Your rain of blessings is sure coming. Get ready! Share this with others.

Rev Gabriel Agbo is the minister at the Assemblies of God, 33 Sabastine Street, off Nike Road, by St Mary’s Hospital, Abakpa – Enugu. He is the author of the books/audiobooks: Power of Midnight Prayer, Receive Your Healing, Breaking Generational Curses: Claiming Your Freedom, Never Again!, I Shall Not Die, Move Forward, Power of Sacrifice, Prepare for that battle, and many others. Tel: 08037113283 E-mail: [email protected] Website www.authorsden.com/pastorgabrielnagbo Twitter: pastorgabagbo

More Feature Article
ModernGhana Links
IGP Dampare, I will be very glad, if you clear your name from this murder case
Rejoinder: The Next NPP Leader Must Be a Northerner – Nana Obiri Boahen
Punishing the Unvaccinated: Europe’s COVID-19 Health Experiment
The Shameless Compromises Of The One-Party Political Elite Against The Ghanaian Electorate -2022 Budget
It is time, Akufo Addo, to stop convincing Ghanaians that you are fighting against corruption
Are We Receiving The Restitution We Seek?
Selective Justice is InJustice
Arrogance of power is NAPO; NAPO is arrogance of power
Ghana’s Tax System – PART 2 (MOMO Tax vs CSOs & Other NGOs)
TOP STORIES