The Journalist And National Security 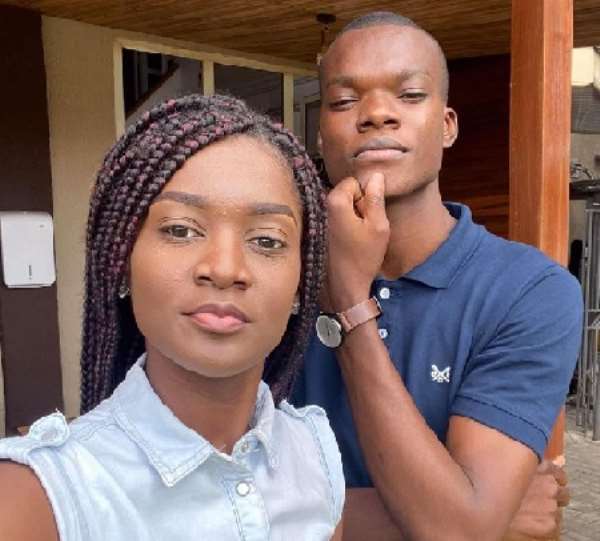 The invasion of Citi FM’s premises by National Security operatives on May 11, 2021 was in very bad taste.

What exactly was so bad about the pictures taken by Caleb Kudah and emailed to his colleague at Citi FM, in Accra, that National Security officials thought it appropriate to put on a show of strength to thwart the publication of the pictures?

All the Service has in fact achieved is to create a great deal of curiosity about a story that might otherwise have been seen and shrugged off by many Ghanaians. For, one asks, what on earth is MASLOC?

(Unfortunately, some of our journalists are so omniscient that they think everyone in Ghana is omniscient too! So they forgot to tell us what MASLOC stands for!) But who cares, anyway? Actually, its full designation is “Microfinance and Small Loans Centre”. I got that from Google!

So some MASLOC cars are rotting in the yard of the National Security Service? Yawn. Yawn. Some people might even suggest, sarcastically, that at least so long as the vehicles were not on the roads, the public would not be buying fuel for them and spending money on their maintenance! Is MASLOC worth going to war with the public for?

Is this the first time Government property had been “left to rot” in this country? The pettiness of the matter is beyond comprehension.

The confrontation at Citi FM has created a scandal that risks creating a breach in relations between the National Security Service and Ghanaian journalists. Psychologically, that is worrying. For it is a symptom of what seems to be an approach to national security matters that is as outdated as it is self-defeating.

First of all, National Security works at its professional best when it is invisible. It observes occurrences secretly and evaluates them dispassionately before deciding whether to respond to the event(s) that might have caught its interest. In coming to an expert conclusion, it takes into account, the possibility that any response it proposes to make might not be in the interest of either the public or the service itself.

For the service fully discharges its duty to the public only if it efficiently and effectively protects the Government of the day, and does so by remembering, at all times, that (in this country, at any rate) the Government was elected by the people and will be seeking a new mandate from them four years after the last election.

The worst thing for a national security service is to react to events with emotion. A proper security official reacts with cold calculation, and resists action that is based on a rush of blood to the head. Yes, it is undeniably disrespectful to take pictures in a National Security installation. But in reality, what harm does that actually do?

It is a good thing that the National Security Minister has described the action of the operatives of his outfit as having “breached the Ministry’s operating procedures.”

The Minister, Mr. Albert Kan-Dapaah, announced, in a statement issued on May 21, 2021, that the Ministry had “withdrawn its Director of Operations, Lieutenant Colonel Frank Agyeman, and three other police officers attached to the outfit.”

The statement disclosed that a “Committee” [that investigated the case] had “established that the conduct of Lieutenant-Colonel Frank Agyeman (Director of Operations) and some police officers at the Ministry, on the said day, was inappropriate and contravened the Ministry's standard operating procedures.”

The secondment of Lt. Col. Agyeman had thus been “reversed and he was to report to the Chief of Defence Staff for further investigations and appropriate actions”. Three seconded police officers were also to be “investigated by the Ghana Police Service and possibly face disciplinary action”.

It is welcome that the Ministry has taken action against its operatives despite its view that Mr. Caleb Kudah's entry into the National Security Ministry was “unlawful”. That is an enlightened stance. A breach of the law is reprehensible, yes. But the response to it must always be “proportionate”.

For, it must be emphasised, actions by the National Security affect the relationship of the most sensitive arm of government with the public, upon which that arm must depend for accurate information that would ensure the total success of its functions. How can the public come forward with information it possesses if it fears the operatives of the National Security Service?

Members of our security service should be taught to appreciate that fearsome security services died with Joseph Stalin of the USSR and “Papa Doc” Duvalier of Haiti. And in Ghana, the universal condemnation of the activities of the likes of Sergeant Bebley (under Rawlings) should have terminated for good, the tendency of security operatives to adopt an attitude that says: “We shall show you where power lies!”

The media is “an indispensable partner…in the consolidation of democracy, while holding government to account,” they pointed out. And they called on the government to “restructure the Ministry of National Security; “re-orient” the minds of its operatives; and “institute professional recruitment policies” to ensure that the Ministry employs the “right calibre of professionals”, who can be entrusted with the intelligence mandate” of the Ministry.

The organisations added: “We believe in, and support, the work of investigative journalists in Ghana, in highlighting matters of public interest…” They said they wished to “draw attention to the impunity” with which security personnel in Ghana attack media practitioners, in the course of the journalists “exercising their legitimate duties.”