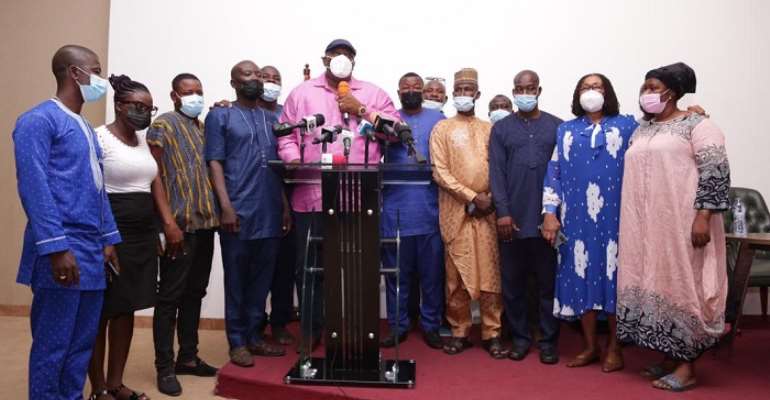 Decongesting Accra has never been an easy task, previous efforts at doing so having ended midstream.

The 'Make Accra Work Again' project of Henry Quartey which encompasses a decongestion component, the most critical, will certainly not be a walk on the park.

Affected traders will resist and evil-minded politicians could wade into the efforts with bogus human-face pleas and unworkable templates as alternatives. Instructively having been at the helm for many years, such politicians could not address the problem.

Over the years and different regimes, the features of a congested city with clutter of billboards and unauthorised structures have added to the unappealing skyline of the city.

It takes a determined leadership to reverse this picture and we appear to have found in the new Greater Accra Regional Minister such a personality.

All he needs is steadfastness and the support of relevant stakeholders not forgetting the municipal assemblies who must especially alter their approach to the subject.

Previous decongestion efforts were hinged upon compulsion by agents of the Accra Metropolitan Assembly (AMA), a template which attracted public flak.

The Henry Quartey template in addressing the congestion of Accra, we have observed, has taken the form of engagement with the target groups as in the case of onion sellers yesterday prior to the D-Day when forceful ejection would be applied.

That, we think, should be the way. After all, the decongestion is intended to reduce the inconvenience of movement in the nation's capital even while ensuring that the livelihoods of residents are not unduly disrupted.

The onion sellers have demanded another extension which has been granted by the authorities, another human-face handling of the process.

The Adjin Kotoku alternative, a facility constructed as far back as the regime of former President J.A. Kufuor, has remained fallow as traders expected to take possession refusing to do. So much public money was pumped into the project and to continue to allow it to remain unoccupied is unacceptable and a show of irresponsibility.

Giving up on the decongestion of Accra cannot be an option to the unacceptable feature of the city.

Moving around the business district of Accra is a difficult assignment for both motorists and pedestrians because of the clutter caused by traders taking position even on medians and killing the beautiful green grass.

We are longing for the day when Accra will be bereft of eyesore structures on ceremonial roads, some of them obstructing the view of motorists and posing danger.

Some cities in Africa present better skylines worthy of our emulation. Kigali, Rwanda was visited by some local officials from Ghana to see and learn about what makes the city tidy. It is all about the city's managers and the residents' commitment to ensuring that the environment is devoid of filth, simple.

The new suburbs of Accra such as Adjin Kotoku and Amasaman will receive economic boosts when facilities such as the onion and yam markets relocate to them.

Such relocation will decongest Accra when articulated trucks and others offload their cargo at such places without driving into the city's already choked roads.

Decongesting Accra is a necessity requiring the support of all. It must succeed.