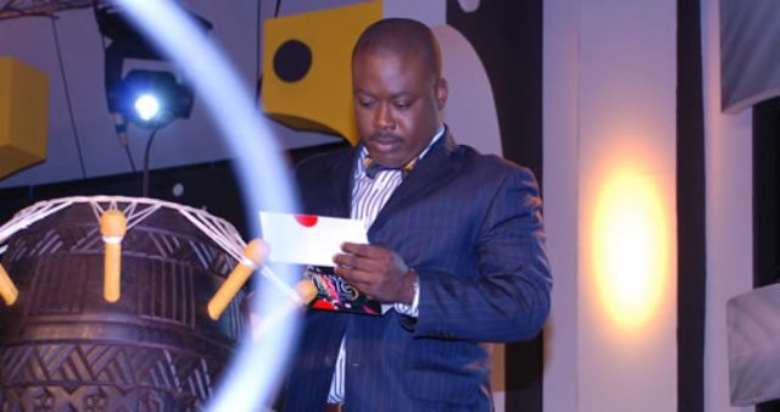 I bring you greetings from afar, Daffiama, Bussie, Issa in the Upper West Region. I trust that you are in the favour of the Lord.

Paul, I am an ardent follower of Metro TV and followed your programs for sometime now. There were two things, on your good day, that made me liked you. One is your oratory skills and the second is your ability to research and pull pieces together to suit the agenda of your program. It is a very daunting task to do, by compiling a documentary and marrying same with your personal opinion.

Even though, I largely disagree with you, at my small corner, on many occasions, your ability to influence public perceptions and thoughts, especially those who do not read or research on their own, is enviable. Indeed, you are a good public speaker with a lot of confidence. That, I must commend you of.

I must however confess that following trends of discussions on your show, you have eroded the beauty and content credibility of the platform. You have veered off to join the fray of pedestrian propaganda done daily by serial callers. Why do I say so?

You have directed all your knowledge, research and arsenals on the largest opposition party, the NDC and tend to behave as the last defender of the NPP and its government.

In the wake of excruciating hardship as a result of the insensitive imposition of taxes on the ordinary Ghanaian, that has a ripple adverse effect on prices of basic commodities, goods and services, in the midst of corruption and the ensuing matters of illegal mining, unsustainable levels of public debt, you use your platform to settle personal scores and advance what is seemingly a political agenda?

When you do that, you betray your viewers and the voiceless you are supposed to be speaking for.

I am not oblivious of the fact that, at least, you were a government appointee in the first term of this government. Perhaps, you still are, I'm not too sure about that since the government is still being formed. My point is that, you are in a better position to draw a lucid dichotomy between being a member of government and being a journalist.

The temptation becomes almost inevitable to praise-sing and defend your government but that you can do and do competently if you boldly carry yourself as a government spokesperson. With your public speaking experience, you would do a better job.

To take cover, under the cloak of journalism, to push the agenda you are cunningly doing, smacks crass hypocrisy and dishonesty.

I am sure you would admit within you that your posturing has been highly unfair, unbalanced and unprofessional.

I had always kept my observations for myself because I know, I may not be in the best position to admonish you on how to carry yourself as a journalist but you are becoming overly personal and emotional on issues and tend to dwell on petty personal issues instead of the very burning national issues that can add potency to national discourse.

I have watched your Thursday, 20th May, 2021 edition in which you stagged a scavering attacks on the persona of the General Secretary of the National Democratic Congress. Your choice of words, facial expressions and general demeonor anchored on high confidence, made me wonder what the program was meant to achieve. The name calling and insults were so embarrassing. Some of the expressions you used, should not be used by any one who understands public communication. Perhaps, you may review that program and reflect. You don't settle personal scores by denigrating others on air. Such sensationalism could not have been meant for the betterment of our country either than personal interest.

History is replete with how irresponsible comments from people who had the opportunity to speak on air, occasioned war. You ought to desist from that habit of insults and needless attacks you are forming.

We are all in this country. You may be doing this because we have a "weak and timid" opposition or may I say a law abiding political party. You are aware you cannot even criticise activities of NPP party hoodlums in this country, not to talk of ever trying to denigrate the secretary of the NPP. You probably see the NDC as weak without party hoodlums that could have paid you in your own coin and so the confidence in your continuous attacks is understandable but give respect to the Ghanaian people.

You can still advance the agenda of the NPP without necessarily insulting members of the NDC. Insults must not be entertained in our public discourse.

You have the discretion to focus all your journalism on the opposition and its activities but do it with some level of courtesy and respect.

I am disappointed in your rudely display of arrongace and disrespect against the General of the NDC and the NDC at large. He may be helpless now because you are certainly more powerful than he is but you are promoting a certain culture of impunity in public discourse.

Kindly go back to your desk and revise your notes.

We must also get it right that the most brilliant and smartest people are not only those who have access to the microphone.

My best regards to you as I wish to see you as a changed and responsible journalist. You still have the opportunity to be fair, enthical and professional and to produce content that can contribute to social, economic, cultural, moral and political advancement of our dispensation.

We have a country to build!

I meant well. May my message find you well.

Akufo-Addo directs CJ to look into petition for Jean Mensa’s...
10 minutes ago