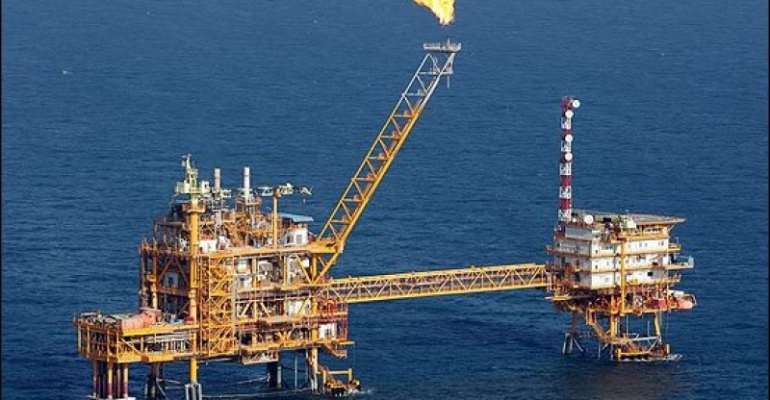 A study by the Institute for Energy Security (IES) has uncovered that Ghana stands to lose billions of dollars if Eni Ghana Exploration and Production Limited (ENI) and Springfield E&P (Springfield) to fails to cooperate to unitize the Afina and Sankofa fields.

According to the IES, its investigation has revealed that the reason for the inability of Springfield and Eni to comply with the Government’s directive is primarily due to Eni’s rejection of the government’s position on the matter.

It added that there is no dynamic or hydrocarbon communication between the Afina discovery and the Sankofa field.

According to IES, this further means, there is still an impasse between ENI and Springfield which appears they will not be cooperating anytime soon.

At the end of the latest study by IES, it noted that Ghana will lose heavily in billions of dollars should the situation persist.

Find more details on the IES study below:

IES STUDY: GHANA TO LOSE HEAVILY IF ENI AND SPRINGFIELD FAILS TO UNITIZE THEIR RESPECTIVE FIELDS

A study conducted by the Institute for Energy Security (IES) reveals that the country is likely to miss a huge opportunity to rake in billions of Dollars from the upstream petroleum sector. This is due to the delay on the part of Eni Ghana Exploration and Production Limited (ENI) and Springfield E&P (Springfield) to cooperate, to unitize the Afina and Sankofa fields.

GOVERNMENT-TAKE ANALYSIS FOR THE AFINA AND SANKOFA FIELDS

The Institute’s analysis establishes the fact that unitization will leads to maximum economic benefits for the State, and for all the parties involved in the production of the unitized accumulation.

These benefits would be derived from, amongst others, sharing of development facilities, which naturally drives down costs and ultimately improve economic returns. The benefits to the State are in the form of significant reduction in operational and capital costs of the unitized fields, as well as increases in royalties, taxes, Additional Oil Entitlement (AOE), fees and levies.

With the Unitization concept, the unitized area, usually a reservoir is treated as a single unit for development purposes. It is as if the separate leases and licenses are merged into one single lease or license, with a single Unit Operator appointed to manage the development of the field. Ghana’s laws makes provision for the concept because it prevents physical waste, prevents economic waste, and protects correlative rights (fair shares) of the parties to the contract areas.

Both physical and economic waste would have direct economic impacts on the country, through lower revenues from reduced ultimate recoveries and higher tax deductions or higher cost recovery by the licensee, thus reducing the country’s share. Also, if the contractual benefits like production shares, taxes and royalties to be paid to the country by the different licensees are not uniform, the country may well have a direct financial interest in stopping waste from, say, a higher-royalty region to a lower-royalty region.

Following from this, IES counts the delay in signing the Unitization and Unit Operating Agreement (UUOA) to complete the unitization of the Afina and Sankofa fields as a loss of opportunity for the country to reap maximum benefits from its petroleum resources. The purpose of executing the UUOA is to give full effect to Government’s directive to unitize, and the subsequent imposition of terms and conditions for the unitization of the Afina discovery in the West Cape Three Points (WCTP2) and the Sankofa field in the offshore Cape Three Points (OCTP) contract areas.

Per IES’ investigation, the reason for the inability of Springfield and Eni to comply with the Government’s directive is primarily due to Eni’s rejection of government’s position on the matter, by claiming that in their opinion there is no dynamic or hydrocarbon communication between the Afina discovery and the Sankofa field.

The Jubilee Field when discovered in June 2007 was found to be straddling two Contract Areas: Deepwater Tano (DWT) and West Cape Three Points (WCTP) Contract Areas operated by Tullow Ghana and Kosmos Ghana respectively, and was thus unitized and approved for development in 2009. Following that, first oil was achieved in December 2010, and has since produce oil in excess of 311 million barrels, raking in over US$5 billion for the country, through Carried and Participating Interest (CAPI), Royalties, Corporate Income Taxes (CIT), and Surface Rentals.

I dare confused, boastful Shatta Wale for a battle at stadiu...
35 minutes ago