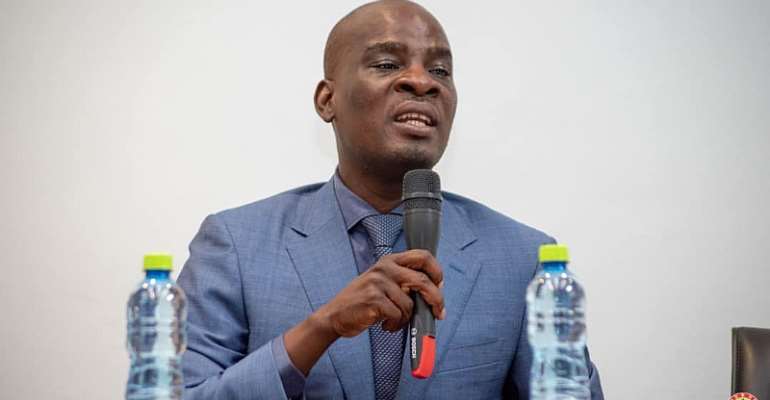 Minority leader, Haruna Iddrisu, has lashed out at the Vice President, Dr. Mahamudu Bawumia over his recent comments about SIM card re-registration in Ghana.

Dr. Bawumia, while speaking at the 5th Ghana CEO Summit in Accra, said in June 2021, all mobile phone users in the country would be expected to re-register their SIM cards or risk having their phone numbers deactivated.

According to Haruna Iddrisu, undertaking a SIM re-registration exercise will not solve the issue of Mobile Money fraud as expected by Dr. Bawumia.

He said the Vice President is “ill-informed, inept and highly naive,” with that assumption.

“The solution to the challenges of fraud within the electronic money ecosystem goes beyond SIM registration,” he said.

“We hold the view that the mandatory re-registration of SIMS provides no substantial benefit in the fight against electronic money fraud, and will face practical challenges such as inbound travellers who require a SIM card without a national ID,” he added.

Haruna Iddrisu, in explaining why he believes the plan as announced by Dr. Bawumia is impracticable, said the suggestion that only the Ghana card would be accepted as an identification document for the exercise will mean that many Ghanaians will be left out since they do not have the card, while others who registered for the card are yet to receive them.

“The number of issued cards is only a pale shadow of the eligible population. The reality is that there have been only 17 million registrations done of the Ghana Card. This represents 55% of our population. An even smaller proportion of the population has actually received their cards. It needs no saying therefore, that there are practical difficulties associated with the card as it is facing systemic and operational difficulties in its rollout,” Haruna Iddrisu said.

Again, he argued that attacks on mobile money vendors are more of a bigger challenge that needs to be addressed and that cannot be tackled by re-registration of SIM.

He also made a case about the poor timing of the exercise especially in the wake of the COVID-19 pandemic, adding that the government needs to be transparent and ensure full disclosure if the exercise is expected to be undertaken.

“If the Vice President really desires simple solutions, he should consider instructing the BoG and the NCA to set key performance indicators for the mobile network operators (MNPs) about electronic money fraud and with consequences for breaches.”

“The Vice President should urge subtly or overtly the MNOs to invest – proportionate to market share in advanced cybersecurity systems including additional personnel. These have been known to achieve monumental success stories in other jurisdictions with similar ecosystems.”

Haruna Iddrisu expressed his conviction that a re-registration exercise will achieve very little and impose unnecessary burden on the citizenry.