Elections will close at 3pm – EC propose to IPAC 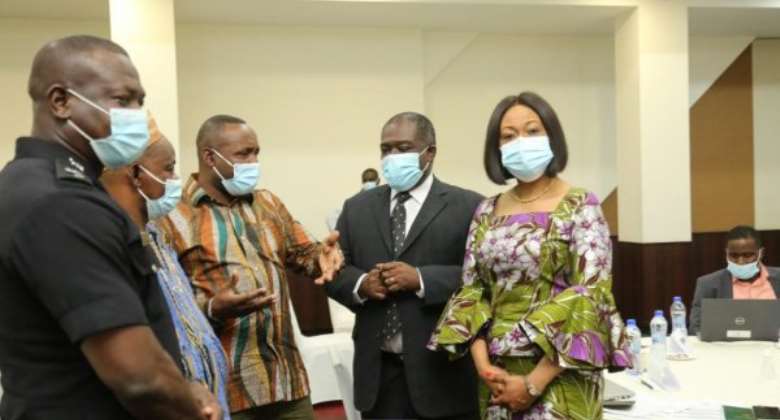 The Electoral Commission (EC) has proposed that as part of electoral reforms elections would be close at 3pm rather than 5pm in subsequent elections.

The Commission said in 2019, it announced a decision to close polls earlier in the last elections but due to the COVID-19 pandemic and the safety protocols instituted at polling stations, the Commission did not implement that decision.

Mrs Jean Mensa, the Chairperson of the EC, made the proposal at the opening of an Inter-Party Advisory Committee (IPAC) workshop aimed at assessing the processes leading to the 2020 Election.

The workshop brought together stakeholders, including Civil Society Organisations and political parties.

However, representatives of the National Democratic Congress did not show up.

Mrs Mensa said the Commission was also proposing to do away with the system of periodic nationwide registration exercises and to institute an all-round system to allow citizens who turn 18 or persons who have not previously registered to do so at any district office with their Ghana Card or passport to register as voters.

She explained that the move would help the Commssion to do away with nationwide registration exercises and reduce the cost of elections.

The EC Chair noted that a proposal was being made for the institution of a year-round exhibition system that would enable citizens' check their registration details on their smart phones and other mobile devices.

On the collation processes, she said the Commission would propose to build further efficiency into our collation process by focusing on data entry only at the Constituency Collation Centre.

“Flowing from the data captured at the Constituency Collation Centre, the system will generate regional and national reports without further data entry at any of those levels. By adopting this system, the problem of minor inaccuracies with the collation process and unnecessary delays will be reduced significantly,” she said.

PURC orders ECG to pay compensation to affected customers by...
5 minutes ago