DCOP Ayensu Opare Addo embarrassed himself, his term was over – Buaben Asamoa 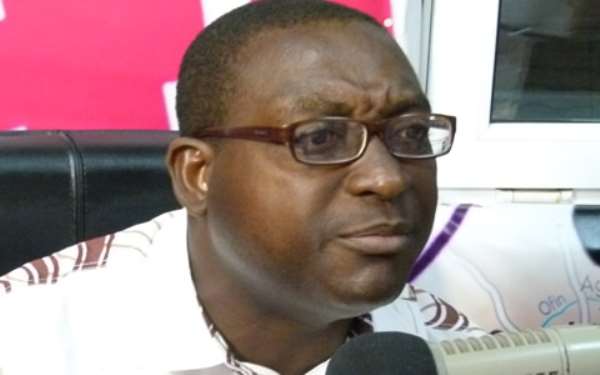 According to him, he blatantly refused to leave office after his term as the region’s security Coordinator was over.

He confirmed the action of the National Security Operatives leading to the forceful eviction had state backing because he continously refused to honour invitations to the national headquarters.

He declared his support for the operation after a news conference at the party headquarters to assure Ghanaians of government’s commitment to fulfilling its promise.

DCOP Opare Addo has said he will act against the members of the supposedly disbanded vigilante group Delta Force, associated with the governing New Patriotic Party (NPP), who allegedly attempted to forcefully remove him from office.

He said, “Yes, certainly action will be taken. They came and assaulted me, pointing AK 47 at me and the likes, hitting me, even when I was going to urinate one of the boys followed me and said he was following me to the toilet, I said what do you mean?

“He said but you’re a man, I am also a man, I can look at it because you can also look at mine. I said why! Am I a baby or child? So I am not going to look at this without taking any action.”