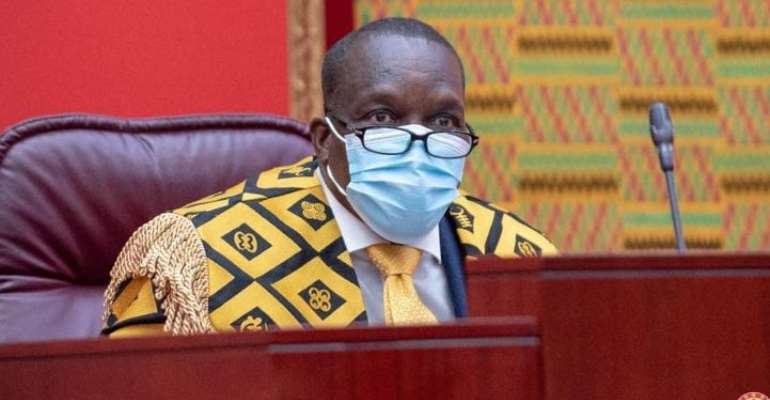 Speaker of Parliament, Alban Bagbin has asking angry residents of Santrokofi, Akpafu, Lolobi and Likpe (SALL) to invoke the jurisdiction of Parliament to probe circumstances that led to their exclusion from the 2020 parliamentary elections.

The residents of SALL voted in the 2020 presidential elections but did not take part in the parliamentary election with the expected creation of the Guan constituency.

Currently, SALL has no representative in Parliament.

Speaking at a meeting with a delegation from the enclave, the Speaker entreated them to petition Parliament.

The residents of SALL had filed a case at a Ho High Court challenging the legitimacy of John Peter Amewu's election as the Member of Parliament for Hohoe.

Their case was based on the fact that their respective areas did not vote in the parliamentary elections hence their rights had been breached.

The Court in hearing the case granted an injunction against the gazetting of Mr. Amewu as MP.

But the then-Deputy Attorney-General, Godfred Yeboah Dame, filed an application at the Supreme Court urging it to restrain the Ho High Court from hearing the matter.

The Supreme Court subsequently ruled that the alleged breach of the rights of SALL residents was not caused by Mr. Amewu and therefore any such challenge must be done through an election petition and not a human rights action at the High Court.

The plaintiffs after the ruling filed for review but the court affirmed its earlier decision.

NDC directs its MPs to vote against Martin Adjei Mensah’s no...
50 minutes ago