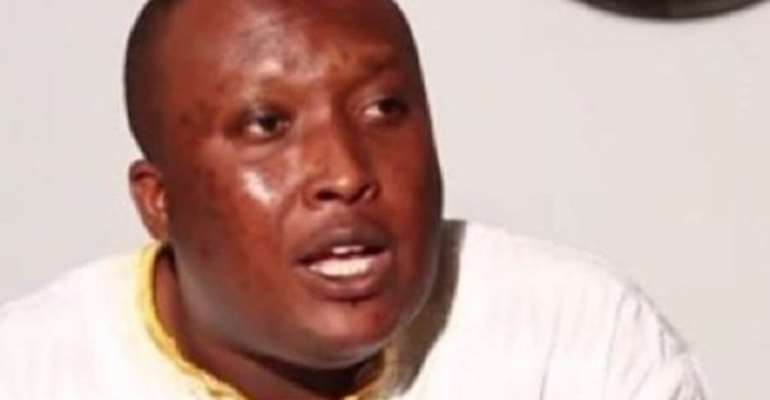 A Business Executive Prince Charles Dedjoe accused of spousal murder, has filed an interlocutory injunction restraining his deceased wife's family from burying her.

Dedjoe, in his injunction, said he was in custody and that family cannot proceed with burial and funeral rites of Lilian Dedjoe in his absence.

Father of the Deceased, Seth Charles Bladzu, informed the Madina Magistrate Court about injunction as the Court adjourned the matter to May 24.

According to him, he was seeking the Court's permission to enable him attend and respond to the injunction before the High Court on the said date.

Meanwhile, Captain Retired Nkrabeah Effah Darteh, counsel for Dedjoe, is also praying the Madina District Court to order the Police to furnish them with the statement of the children of the deceased to him to facilitate his filing of a second bail application at the High Court.

At today's proceedings, Captain Rtd Effah Darteh said he found it strange for prosecution to say for the second time that they had not been served with application that would enable him get access to the children of the deceased investigation statements.

Defence counsel said the distance between the court's Registry and the Prosecution was not much and wondered how long it would take a court bailiff to serve the prosecution with his motion that would enable his bail application also be relisted.

The prosecution's case is that the complainant is the deceased's father who is a retired administrator, residing at Sogakope in the Volta Region.

The prosecution said the 43-year-trader, now deceased, was married to the Dedjoe and they both lived at East Legon, Accra.

It said, for sometime now, Dedjo and the deceased's relationship had been marred with some misunderstanding leading to conflicts between them.

The prosecution said on March 1, this year, a misunderstanding ensued between Dedjoe and Lilian and as a result, Dedjoe assaulted Lilian who sustained injuries and she went to the Madina Polyclinic for treatment.

It said when Lilian returned home, her condition deteriorated and on March 6, 2021, Lilian went into coma and was rushed to the Lister Hospital for treatment but was pronounced dead on arrival.

The prosecution said a report was made to the Police and Dedjoe was arrested.

It said, during investigations, Dedjoe admitted assaulting the deceased with slippers.

The prosecution said a postmortem examination is yet to be carried out on the deceased.

Dedjoe is facing a charge of murder.

The Madina District Court has preserved the plea of the Dedjoe and he has been remanded into lawful custody.