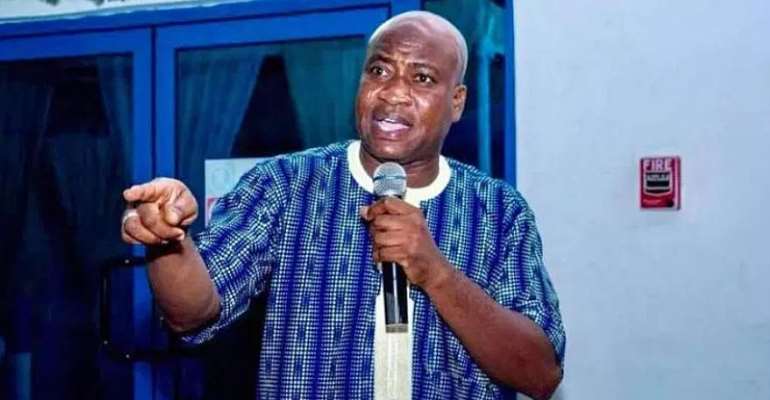 Member of Parliament(MP) for Tamale Central Ibrahim Murtala Mohammed, has charged that the media in Ghana has a huge responsibility of holding government and policy makers accountable to their mandate, as the watchdog that they are but most often some of the media work as guard dogs for private interests rather than the public interest of the country.

He said this in an interview with Johnnie Hughes on the New Day show on TV3, Monday, May 17.

He was speaking on the back of the lack of proper checks and oversight in the oil industry to make sure the stakeholders conform to best international practices, thus the country losing out to multinational companies in the sector as against the interest of the country.

“Unfortunately, it’s not all of you, a huge section of the Ghanaian media is absolutely compromised, they tend to be guard dogs instead of watchdogs for the people. That is a fact, you don’t need anybody to tell you, when you have a section of the Ghanaian media that stand and take on their own when they begin to ask questions.Properly so, those people will be attacked by their colleagues, and haven’t you been seeing this every single day? We have had these experiences”.

He went on to posit that “look, we demand answers, the people of this country demand answers. Sometimes I can understand these multinationals, they have an agenda, the moment they realize that we are not smart enough to monitor their activities, they will take advantage. I will give you a classical example, the calibration of even our oil is not done by a Ghanaian company, the Standard Authority needed to have the capacity to do so. I remember when I was the Deputy Minister for Trade, the Standard Authority’s view was that they needed about $50 million that time to come up with their own calibration.

“My position, per the report after I have had discussions with them and my Minister, that we needed to cough that money even if it means going in for a loan to build the capacity of the Standard Authority to do so. Because based on the interactions and discussions I had with the leadership there, if we were able to do that, they were able to generate that money, pay that debt within a year or two. I remember that something was being done there, very serious moves, government was committed in assurance, somewhere around 2016, to give them the necessary resources to be able to do that. I don’t know what has come out of it, so it is not only in the petroleum industry but many other industries and sectors of our economy”.