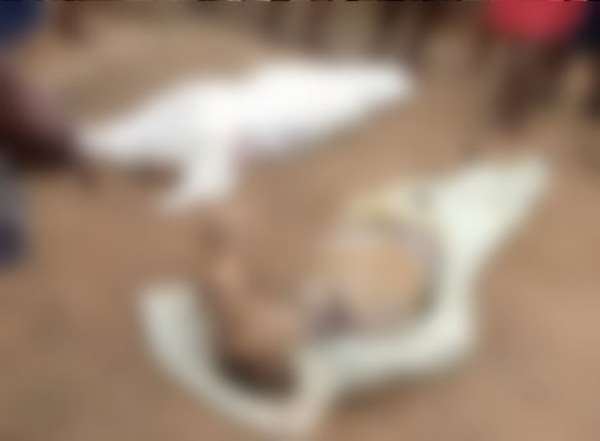 At least two people, a husband and wife, were killed in Ahenema Kokoben in the Atwima Kwanwoma District of the Ashanti Region on Sunday after their single-room building collapsed while asleep.

He said Madam Joyce Laweh, 42, and Banda Doyi, 32, were rushed to hospital when the incident happened but lost their lives as the bodies were deposited at the Komfo Anokye Teaching Hospital .

The police have since launched investigation into the incident.

Residents say the fatal disaster was caused by a nearby wall, which collapsed over the building in which they were staying.

Chief Inspector Addai said so far no relatives have come forward. Thus, they are calling on persons whose relatives bear the names to contact the police.

He advised those who have their buildings in waterways to vacate.

He said the streets of Aboabo, for instance, was filled with rains because a developer is said to have built on a waterway.