Soldiers destroy 14 excavators, other equipment in Atewa East and West 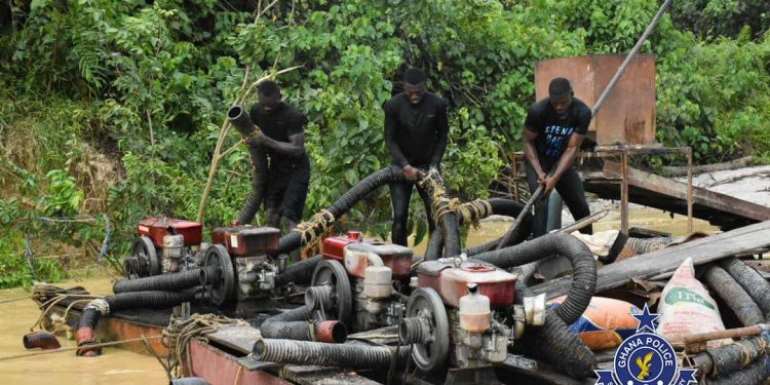 Military personnel deployed to kick out persons illegally mining in forest reserves and along water bodies in the Eastern Region have burnt 14 excavators, pumping machines, and other mining equipment in the Atewa East and West Districts.

The team further proceeded to Akyem Muoso close to Anyinam and burnt some excavators allegedly parked along the streets.

This action by the anti-galamsey taskforce comes barely a week after the Ghana National Association of Small Scale Miners held a press conference at Nsutam, calling on the President and the government to come out with a policy document on the modus operandi of the anti-galamsey military task force.

An aggrieved small-scale miner who spoke to Citi News about the development pleaded with the government to “take a look at the destruction of equipment.”

“The machines that were destroyed have been here for two weeks now. Why did they bypass so many machines in this town and destroy ours?” another asked.

As part of activities to stop illegal mining, the government has deployed some 200 hundreds soldiers in a second phase of the fight to remove illegal miners from different parts of the country.

Reports indicate that the security officers burn excavators and other equipment used in the illegal mining process.

A leading member of the opposition National Democratic Congress (NDC), Sylvester Mensah, recently criticized this approach. In a Facebook post, the former NHIS head said the burning of excavators and other equipment smacks of 'insufficient thinking process'.

He said the excavators can be put to better use, to develop communities and create value for the economy rather than destroy them.

“A future NDC government would not burn seized galamsey excavators. Clearly, it is a lazy and reckless mindset. Earthmoving equipment can be put to many other important uses, in many communities in this country,” he said.