Fix-the-Country Vs. Fix Yourselves First Controversy in Ghana 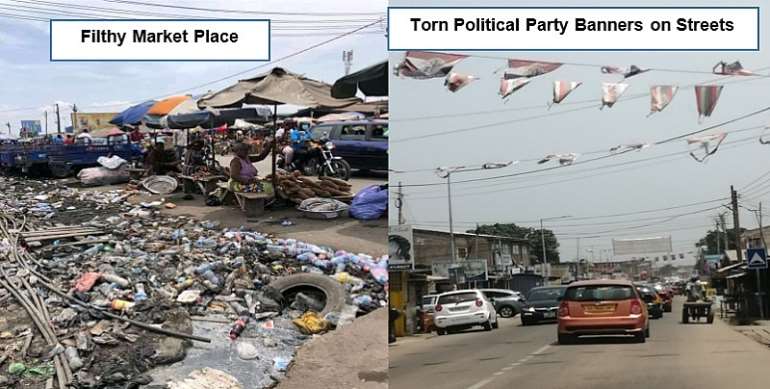 The FTC protest was started by the masses who are not wielding political power. Per the protest, the citizens are only telling the Nana Addo Administration to focus on fixing the numerous problems of the country such as bad roads nationwide, sanitation problems, healthcare problems, schools under trees and other education related problems, security problems, harsh economic conditions and many more.

Opponents of the FTC protest had also countered with another dictum that goes, Fix Yourselves First (FYF), thereby making the protest convoluted, aside the fact that the government through the Police is reluctant to permit the protest to be held with the gathering of the people.

Fortunately, Prof. Steve Addei is alive and he is currently serving on various public institutional boards in the Nana Addo Administration. It was Prof. Addei who said poignantly, “Leadership is Cause, Everything else is Effect”. This widely quoted assertion by Prof. Addei points to the fact that societal problems can only be blamed on leadership. In much the same way, the credit for solving societal problems goes to leaders in society. Whether good or bad occurs in society, leadership is the cause.

If Prof. Addei’s leadership-is- cause-maxim is anything to go by, then it truly resonates with the FTC protest. It means that leadership is the cause of the problems Ghanaians want the current Administration to solve. As such, the Akuffo Addo Administration, must find lasting solutions to those problems. The problems are affecting costs and standards of living in Ghana. Some of the problems are also leading to the misuse of the country’s scarce resources whereas others are germane to preventable and untimely deaths especially on our roads.

In a democratic dispensation, a government is elected by the people with certain constitutional mandates to steer affairs of the country on behalf of the people. The government levies the people through taxation to do the job. The same government especially the Government of Ghana goes chasing foreign loans with harsh conditions attached. As if that is not enough, corruption swallows part of the loans so the country’s problems linger. The excessive foreign loans have made Ghanaians economic slaves to the donor countries.

This time, the political leaders are telling the citizens to also fix their (the citizens’) attitudes and some of the problems. One wonders how the individual citizens must be told to fix the country’s problems. Who causes the country’s budget to be prepared and laid before Parliament for approval? The answer to this question can be found in Article 179 (1) of the 1992 Constitution. Who manages the public funds of Ghana? Refer to Article 176 for the answer.

In any event, public goods have two main characteristics; they are non-excludable (one user cannot prevent others from using them) and they are non-rivalry (one person’s use of the goods does not deny another person from using them). As such, there are certain public problems that only government must fix. For example, bad roads, poor streetlights, abandoned state projects, fulfilling the numerous campaign promises, neglect of the Fiadjoe Constitutional Review Commission Report etc. How can fixing themselves make the individual citizens complete the abandoned Saglemi affordable housing project and other similar projects since the days of Kwame Nkrumah? Government must be the one solving these problems so it is not out of place when President Akuffo Addo and his appointees are told to fix the country. After all, the President once led the famous Kume Preko Demonstration as a concerned citizen. He once said we are sitting on money but we are hungry.

In the just ended 2020 elections, the President made certain manifesto promises to the people. These promises arguably led to his re-election. Is it too much to request him to fix the country’s problems? Or is the Prof Addei dictum (“Leadership is Cause, Everything else is Effect”) not relevant again? It is still relevant, methinks.

Having said the foregoing, it is equally true that the citizens must also fix their attitudes toward national interest and development. The 1992 Constitution says that in a descending order, the President, Vice President, the Speaker of Parliament and the Chief Justice take precedence over all persons in Ghana [Article 57 (2)] so if Ghanaians must fix themselves, then it should happen through exemplary leadership, starting with the President. His promises to make Accra the cleanest city in Africa, fixing the problems of the Zongos and many other promises must be fulfilled as a way of fixing ourselves.

Actually, the individual citizens or the masses can fix some of the country’s problems. Keeping our surroundings clean and eschewing indiscriminate littering of streets cannot be a Presidential duty. Teenage pregnancies are problems that families must solve. Eschewing the throwing of rubbish into drains and building on waterways are issues individual citizens must handle. The President and his appointees are not blame for all the country’s problems.

The President is not the one who sells one plot of land to several buyers, thereby creating unnecessary land litigations. The President is not the cause of the numerous chieftaincy disputes in the country. The President is not omnipresent so he cannot be at so many places at the same time to see and fix all the problems confronting the country. Individual citizens must, therefore, fix themselves or fix their attitudes. The excessive noise making in public places especially in some churches and market places cannot be attributed to the President. Does the President drink and drive recklessly on our roads, causing accidents? No, some citizens do that. Fix yourselves indeed.

It is obvious from my take that fixing the country’s problems is the collective responsibility of the both the political leaders and the citizens. On this ground, therefore, one must analyse the Fix-the- Country versus Fix Yourselves First (Fix-Fix) controversy using a convergence rather than a dogmatic and one-sided approach. The elected officials alone cannot solve the country’s problems. However, the elected officials must not renege on their campaign promises or neglect their mandatory duties. They must lead in fixing the country. They are paid and made comfortable to do so.