Museveni's successor will be in the next cabinet 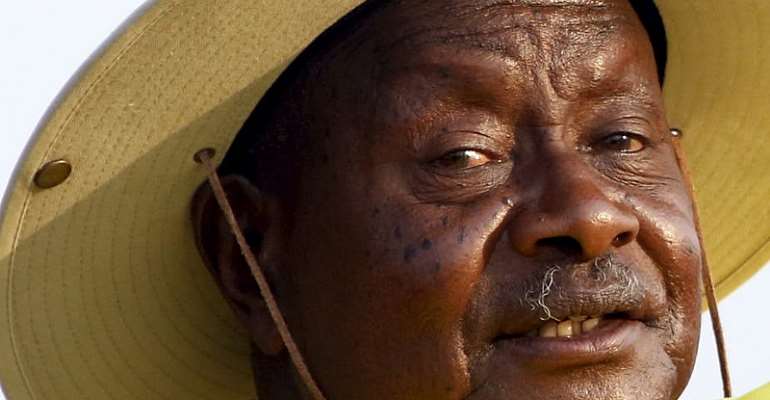 Uganda is volatile now in terms of its future. We are faced with the unknown. So, this is my small talk about the future. However, it's only men with guns who are likely to make peace or decide transition.

Mr. Frank Gashumba reckons that Museveni will not relinquish power to anyone, and that he will die president of Uganda. He believes in the saying of an old Irish political philosopher, Edmund Burke, who once said, ‘those who have been intoxicated with power and benefitted from it, even if it's for a year or a term, never willingly abandon it.’’

Personally, I beg to differ – I believe that Museveni will let someone else take over, and his next cabinet, or the one after, will reveal a lot in terms of his successor. Museveni is now an old man and age teaches one to do things when the timing is right. He has been up for a long time, now it is time to step down. St. Augustine stated, ‘to build a tower that will piece the clouds, lay first the foundations of humility’.

I pray that there is a transition to someone else soon because it will be quite catastrophic if Museveni dies in power -- A power vacuum is always a bad thing. A lot of people do not want to talk about death, but death is a must for all living things. Death is a great leveler. Funerals are just there to remind us that we will not live forever.

Museveni has built a Roman Empire in Uganda such that it is difficult for an ‘outsider’ to take over from him. Constitutionally, in the event of an incumbents’ incapacitation, the vice president (VP) assumes office. So, whoever is going to be the next VP will most likely determine a lot about Uganda’s future. Here is my theory: Amaama Mbabazi will be made either VP or Prime Minister, Museveni will resign as NRM chairman around 2025 and hand it over to him. Mbabazi will then stand as NRM 2026 candidate, win as they usually do, he will lead for one term (5 years), and then Muhoozi Kainerugaba will take over after him.

Mbabazi cannot be president for so long because he carries some dead weight—he was, for instance, the architect of the Public Management Bill –that is making everyone cry now.

Here is the wrinkle: Mbabazi is not a minion—he doesn’t just follow orders, and he may want to create his own base again. However, it will be a calculated risk to have him take over from Museveni before Muhoozi, but what if he enjoys the ‘chair’ and tries to hang on.

I can also see a few NRM ‘insiders’ opposing the new changes but I’m sure they will be dealt with. The worst is yet to come, and those who will oppose the new changes will get the short end of the stick. The bleeding will stop when all factions in the first family agree to one future candidate.

Win over the military and you are practically halfway to the presidency. Muhoozi is strategically halfway there. Nevertheless, he is not really a chip off the old bloke – he is allegedly not a good listener, he loves the bottle, he has a temper and is very revengeful. Nevertheless, whether we like it or not, all signs are that his name is not Muhoozi anymore – he’s the future of Uganda.

Gen. Salim Saleh has slid into his job as a wealth creation boss, as a new glove. He is another possibility to take over from the brother, though he doesn’t look so interested in the presidency.

I can see Gen. Kayihura bouncing back in some role either in cabinet or something else. I’m sure he still feels that he has a role to play in Uganda’s politics. Julius Caesar used to forgive traitors, because he believed that an enemy could be useful if he could be pressured or blackmailed. So, I can see Museveni forgiving Kayihura as requested by voters of Kisoro during the campaigns.

He is loyal and respected across the political divide. Loyalty, like respect, is earned. I can see him retained in the next cabinet in preparation for something bigger, in case the Mbabazi arrangement does not work out.

Museveni played the opposition, threw a bait at them in form of Bobi Wine, and they took it – hook, line, and sinker. To eat a pig, you need to feed it with something. As a result, the opposition is at its weakest, and this is the time to recruit more from them. Therefore, he is so likely to give a few posts to some in oppositions, particularly in NUP, on the account of reaching out to the opposition. Sometimes in politics, you have to make unpalatable comprises. Secondly, Museveni’s reputation has hit rock bottom. So, having a few oppositionists in his cabinet gets him better optics.

He will also try to reach out to those in FDC, if he hasn’t already done so, but I can’t see many accepting to work with him. Those guys have stonewalled hearts aka ‘emitima gyakaluba’.

If Besigye was a normal politician, he would consider rejoining the government again, but I believe he won’t – he is uncorrupted and incorruptible. However, his name was so soiled by Bobi’s camp that it will be difficult for him to rebuild the support base he had before. Negative publicity makes any politician vulnerable and desperate, but I can see Besigye soldiering on, even if it means standing alone against Museveni.