Ghanaians are tired of state-sanctioned public-sector-employee-big-lies 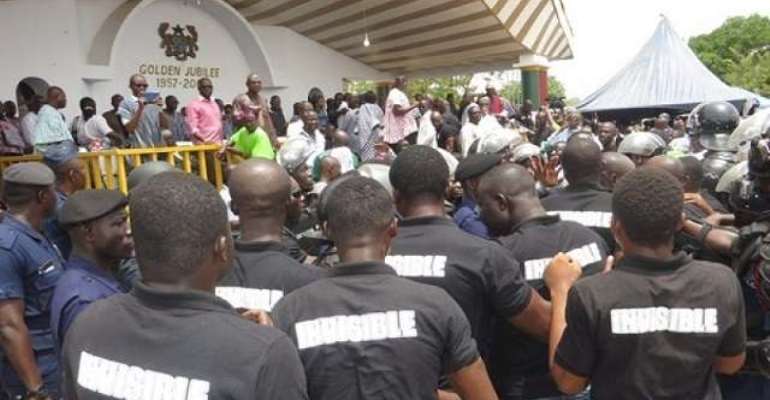 Ever since the New Patriotic Party (NPP) came to power in January 2017, Ghana's National Security apparatus has diligently spun a Kweku-Ananse-dissembling-web, stronger than even graphene. Now enmeshed in it, they are trapped, and unable to escape from those graphene-obscenities that offend the sensibilities of Ghanaians so.

The time has now come for our National Security apparatus to tell the good people of Ghana who exactly their sodden private contractor - whose armed galamsay-employees were recently apprehended in a forest reserve - is, and precisely why his myrmidon-thug-employees are issued with government-owned side-arms, and pose as National Security operatives.

The question all Ghanaians must ponder over is: Do the so-called National Security private contractor's thuggish employees constitute a privately-owned militia trained, armed and paid for by taxpayers - while he pockets vast sums of off-ledger 'dark-money' profits'? And is the stealth-infiltration of a privately-owned militia, into Ghana's National Security apparatus, not a clear-cut case of high treason?

Furtheremore, just how much has the National Security private contractor, earned thus far, and how much has he paid in taxes on his off-ledger 'dark-money' income? Ghanaians want straightforward answers - not yet more Kweku-Ananse-dissembling.

Finally, those parts of our National Security architecture, which think they are a law onto themselves, must understand clearly that some of them are destined for the International Criminal Court (ICC) in future, as sure as day follows night. Definitely. No libilaba possible there. Full stop. We are tired of state-sanctioned public-sector-employee-big-lies. Enough is enough. Haaba.