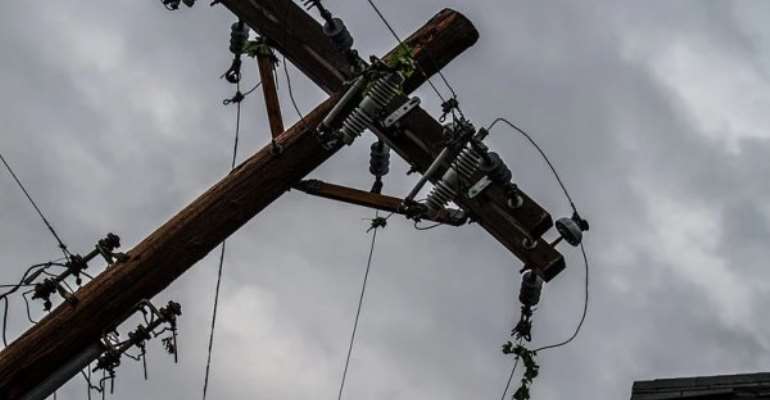 Amanfrom, a farming community in the Asutifi South District of the Ahafo Region was thrown into a state of mourning, when seven persons were electrocuted during a downpour on Friday.

Their charred bodies have since been deposited at the Hwidiem St Elizabeth Hospital, while five others, who sustained serious burns, are currently responding to treatment at the Hospital.

The Ghana News Agency (GNA) learnt the rains, which followed a heavy storm, set in around 1730 hours and caused extensive damages to properties, and several electrical poles, where live wires electrified some houses in the town.

However, the victims were pronounced dead on arrival by staff on duty at the St Elizabeth Hospital, and they were believed to have touched iron gates, and metal objects in the electrified houses.

Meanwhile, Mr George Boakye, the Ahafo Regional Minister had visited and consoled the bereaved families and the victims.

He described the incident as unfortunate and promised the government's support to the victims and the deceased families.

The Regional Minister was accompanied by Mr Robert Dwomoh Mensah, the Asutifi South District Chief Executive and some officials of the National Disaster Management Organisation (NADMO).