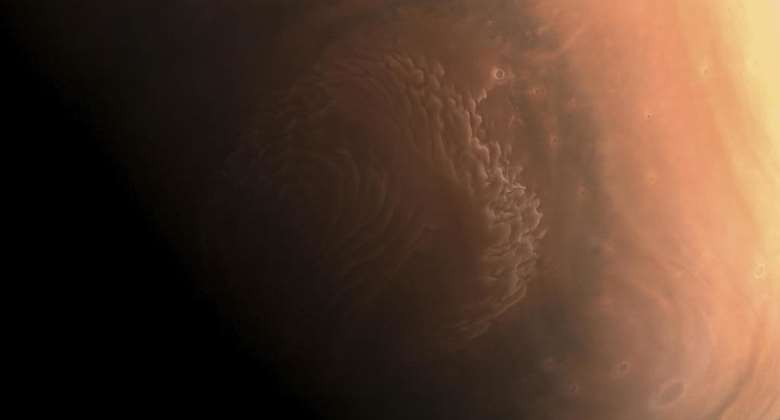 China has become the third nation to land on Mars after its unmanned Tianwen-1 spacecraft completed the historic touchdown Saturday.

State news agency Xinhua said a six-wheeled rover nicknamed Zhurong survived “nine minutes of terror” to make it to the surface, landing in a vast plain known as Utopia Planitia in the northern hemisphere.

The Tianwen-1 mission firmly establishes China as a space-faring power, as it becomes the first country to orbit, land and release a rover in its maiden mission to Mars.

Until now only the United States and Russia have successfully navigated the difficult descent to the Martian surface.

Chinese President Xi Jinping told the team behind the mission their achievement would “forever be etched in the memories of the motherland and the people” of China.

"You placed our country in the advanced ranks of planetary exploration," he said.

Named after the Chinese mythical god of fire and war, Zhurong will survey the landing site before it heads off to study the Red Planet's climate and geology.

Commercialisation of space a 'priority' for European Space Agency

The solar-powered rover is equipped with six scientific instruments including a high-resolution topography camera.

It will study Mars's surface soil and atmosphere, as well as look for signs of ancient life.

Zhurong will not run into NASA's Perseverance rover, which in February landed in the Jezero Crater, some 2,000 kilometres away.