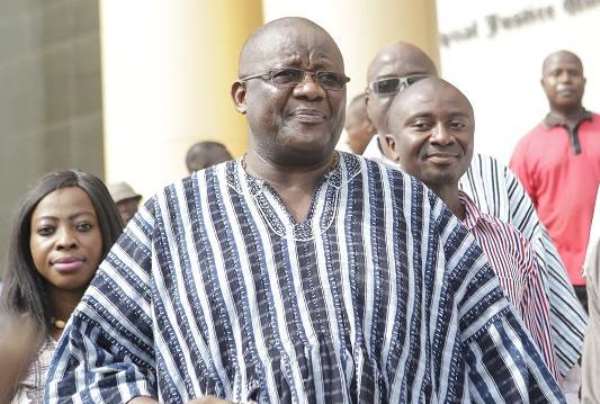 General Secretary of the governing New Patriotic Party(NPP) John Boadu says the suspended former National Chairman of the party, Paul Afoko has to apply to become a member of the party before a pronouncement can be made on his status.

“The suspensions were not fair. I’m very happy that they’ve reinstated Agyapong they should reinstate Afoko and Crabbe,” Dr Kennedy said on the First Take on 3FM Tuesday.

However responding to the issue, Mr John Boadu stated that the NPP cannot suo motu reinstate Mr Afoko when the latter has not indicated he wants to return to the party.

“With Afoko, apart from the fact that Kwabena Agyepong wrote to the party to ask that his suspension be lifted, he(Afoko) has not written to the party. As a party, if we’ve suspended someone we can’t just lift the suspension when the person has not indicated that he wants to come back. What if we go ahead and lift it and the person disgraces us by saying he’s not interested in coming back.

“Again, when the decision was taken to suspend him, he appealed against it at the National Council but his appeal was rejected. He then went to court, I don’t know what really happened there but the court’s verdict indicates that he’s even no longer a member of the party. Such a person needs to apply as a member of the party before if he’s interested in hearing a pronouncement on his status as a former National Chairman of the party that will be decided,” the NPP Chief Scribe said in an interview with Okay FM monitored by Kasapafmonline.com.

The National Executive Committee of the NPP in 2015 upheld a decision by the Disciplinary Committee to suspend indefinitely then National Chairman, Paul Afoko, Second Vice-Chairman, Sammy Crabbe, and General Secretary John Boadu for working against the party’s chances of winning the 2016 general elections.