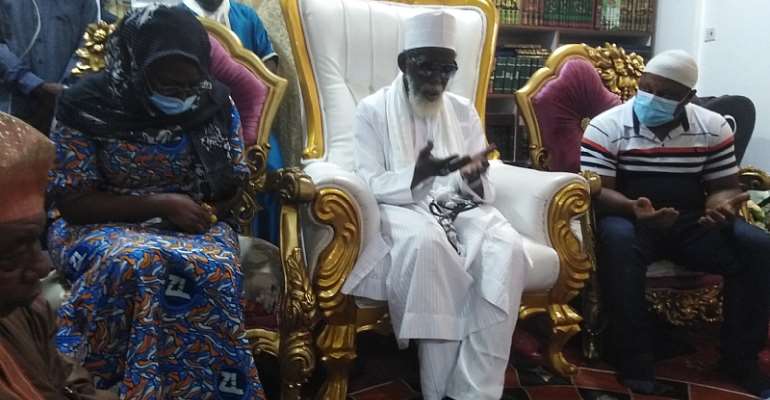 The donation was to help the Imam feeds the Muslim population as part of the end of the Ramadan fasting period.

Donating the items, Madam Sophia Kudjordzie the Head of Corporate Communication at Jospong said it has become customary for the company to support the Imam each year especially during the holy month of Ramadan.

"The Jospong Group's Corporate Communication Manager was cognizant of the impact of the Imam's continuous prayers that has helped her company to grow tremendously over the years."

In response to a request by the Imam to employ more workers particularly those from the Zongos, Madam Sophia revealed that the company is currently expanding to establish recycling plants across all the sixteen regions of Ghana.

She therefore noted that the expansion will pave the way for them to employ more people and the Zongo youth wouldn't be left out.

Currently, Madam Sophia said, "we are employing more than thousand workers nationwide and we hope to expand the workforce in the years to come."

She prayed for the Chief Imam and congratulated Muslims worldwide on the successful completion of the one month period of fasting, prayers and supplications.

The Head of Jospong's Corporate Communications also seized the opportunity to wish the Chief Imam a belated birthday as he recently celebrated his 102 birthday.

He said Allah has promised to reward in abundance whoever undertakes such gestures especially during the holy month of Ramadan.

The Imam was hopeful Dr. Joseph Siaw and the Jospong Group will continue to receive many blessings from the almighty Allah.

He asked for Allah's blessings and protection for the Group CEO and the entire workforce this year and in the years to come.