Bob Marley: Memories of a Memorial 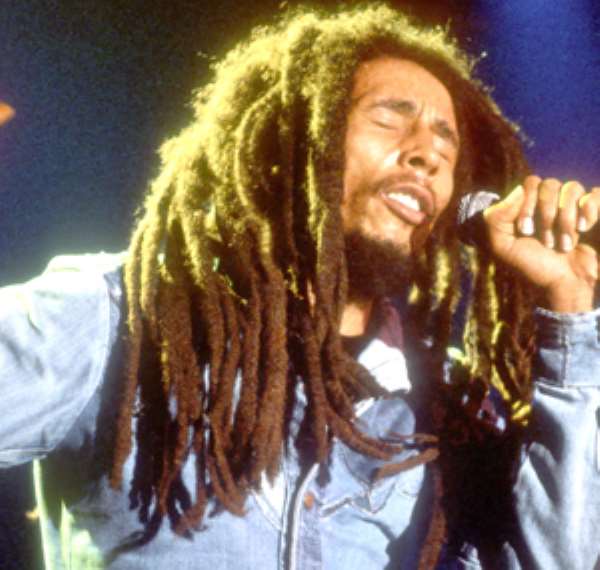 “Of his many musical creations, it may be said that special places are reserved for four: Trenchtown Rock, the symbol of his life; No woman no cry, his comforting hands of compassion; One love, his vision of peace and unity, and Rastaman vibrations, his deep mystical faith.”

“We all die. The goal isn’t to live forever, the goal is to create something that will.” - Charles Michael Palahniuk, American Freelance Journalist and Author.

“Mostly it is loss which teaches us about the worth of things.”

Dateline: May 11, 1981. The evening was seeped in its own silence. Its demeanor was celebrative as if in stubborn defiance of the mourning of the faithful. The evening, exuding zest for life, adopted an obvious indifference to the feelings of the adherents of a Prophet. It bubbled and burbled. It seethed and simmered with the usual smoldering social life of a Great Ife evening.

But the sky seemed to have a different attitude. The sky, this early evening, appeared to be in turmoil. It seemed conscious of the prevailing sadness among the faithful. It looked as if in mourning too. The clouds seemed possessed, as they engaged in rambunctious wrestling matches. It could also be that the clouds were in hot exchanges as to the rationale of calling this Prophet home so soon, just after thirty-six years of sojourn on the planet earth.

As the sky progressively darkened, it was certain that it was cocooned in its own expression of sorrow and despair as the stars lined up to illuminate the skylines. The stars, exuding the traits of trained troopers, seemed to have arranged themselves as Guards of Honour to celebrate the passing of an Avatar. A sage. Teacher. Guide. Healer. Preacher. Philosopher. Freedom fighter. Social critic. Thinker. Crusader. Lover. Musician. Prophet.

The stars, seemed to acknowledge the simultaneous melancholic mood of the faithful and their determination to celebrate the passing away of their hero, their icon. An idol, who inspired courage of resistance against social injustice. An Evangelist who vitiated modern slavery. A pastor who preached against apartheid. A Champion against colonialism. He was a Razor against racism. An Advocate against poverty and exploitation. An Apostle of redemption. A Missionary of and for mental freedom.

Coming from the Great Obafemi Awolowo Hall to join others in front of the Students Union Building, I had to go through the Iva Valley. Iva Valley was named after a valley in Enugu area which bears the same name. It was the site of the Iva Valley Coal Mine. It was where the events of November 18, 1949 occurred, when 21 miners were shot dead by colonial policemen while striking. The Iva Valley Coal Mine was created in 1917, two years after the Udi Coal Mine was created in 1915 by the British Colonial Administration.

Passing through, it was obvious that this Great Ife Iva Valley was in a different mood from that of Enugu of November 18, 1949. The Suya sellers were brisk in their businesses. The drinking spots were agog. The food vendors were catering to their customers. Many of them were unaware of the tragedy of his departure. Some of them, aware of it, were probably discussing it over plates of pepper soup and cold beer or soft drinks.

But the name Iva Valley brought home the reality of his exit as I walked spryly through. The many battles he had chosen to fight. The preachments of liberation to which he had dedicated himself as he sang, “Open your eyes and look within: Are you satisfied with the life you are living?” The songs that he sang against colonialism and oppression. “We free our people with music,” he had lyricized. The courage he had imbued against apartheid by “chanting down Babylon.” The inspiration he had enkindled against exploitation by confronting the oppressor, “Now you look me with your scorn, then you eat up all my corn.” His lessons of History as regards the slavery of the Negroid as he waxed “Old pirates, yes, they rob I, sold I to the merchant ships.” The gospels of freedom and social justice that he sermonized and spread through “Get up, stand up, stand up for your right….”

The enormity of the loss became stark. It hit home. It became grim and gloomy in its distinctiveness. It gave a feeling of dingy dreariness. It created a weird feeling of despair and frustration. There were wild rumours of the involvement of American Central Intelligence Agency in his death. With the age-long atrocities of that arm of American Government in Africa and other parts of the world, it was difficult to dismiss those rumours, no matter how outlandish they were. Then, his Redemption Song came to heart wherein he had asked: “How long shall they kill our prophets while we stand aside and look?”

In front of the SUB were the faithful, discussing his passage. Obviously, his passage had as sad effect as it could have on those of us gathered. We stood in close proximity in twos, threes and fours as he was analyzed and evaluated. His preachments of and about peace. His songs of freedom and liberty for the Africans all over the World. His philosophy against oppression and stand for social justice. His love songs. His previous escape of assassination on December 3, 1976, a little over four years earlier. And once again, speculations of the heinous acts of American CIA were rife.

How he would likely be remembered was a subject of interest to all. Many agreed and actually believed that he could not be forgotten because his music would continue to be relevant. Some felt he was just a social critic who made a difference, no more, no less. Others felt his depth was as deep as that of a philosopher. Yet, others were of the view that because of what he preached he could not have been anything other than a Prophet. There were those who suggested that because of his manifestations of wisdom on many sociological issues, he would be remembered as a sage.

But Rita Marley, the only constant lady in the firmament of his short life among his many women, believed that Bob Marley would like to be remembered as a “Lover.” A “lover” of humanity as emblematic in his song of unity in the track of “One Love” where he preached “One love, one heart; Let's get together and feel all right…. I'm pleading to mankind (one love); Oh, Lord (one heart); Give thanks and praise to the Lord, And I will feel all right.”

Or as a lover of women for whom Bob had sang so many songs. The tracks "Turn Your Lights Down Low", form the Exodus album, “She’s Gone” and “Misty Morning,” from the Kaya album, had reportedly been written and sang about and for Cindy Breakspeare, the Canadian-Jamaican who became “Miss World” in November 19, 1976, with whom Bob Marley fell in love. Rita Marley (who generally turned a blind eye to her husband's dalliances, because she had a couple of her own), had turned rebellious at the recording of “Waiting In Vain” when she found out it was again written about Ms. Breakspeare, the mother of Damian Marley and had to be begged by Bob before she could participate. But Rita always refused to sing the track whenever the song was performed live. She never did.

As the evening progressed, one of the faithful with a very powerful cassette player, treated the rest of us to a number of his songs. At a point, he mounted the cassette player on his shoulder as we all danced to the music. With his music blaring, we marched through the Sports Hall to Adekunle Fajuyi Hall to Moremi Hall. From Moremi Hall to Obafemi Awolowo Hall. From Awo Hall to Angola and Mozambique Hall to the Post – Graduate Hall. From Post Graduate Hall we marched back to the SUB where the celebration of the legend, Robert Nesta Marley, continued into the night.

To appreciate the Legend of Bob Marley, and the persistence of his extant social, political and spiritual impact on our world, it is interesting to know that there have been an estimated 500 books (not articles, journals, documentaries, or pamphlets but just books) published about him, according to an October 29, 2018 disclosure by the 78 year-old Brooklyn, New York born American author, broadcaster, historian, archivist, Roger Steffens. There exists the evidence that Bob Marley would live forever, in those books, in his songs and in the philosophy that he preached.

It is forty years ago today that he passed on, and the memories of an impromptu memorial for the Great Robert Nesta Donald Marley also known as Bob Marley or Tuff Gong (6 February 1945 – 11 May 1981), still subsist, fresh in our consciousness.