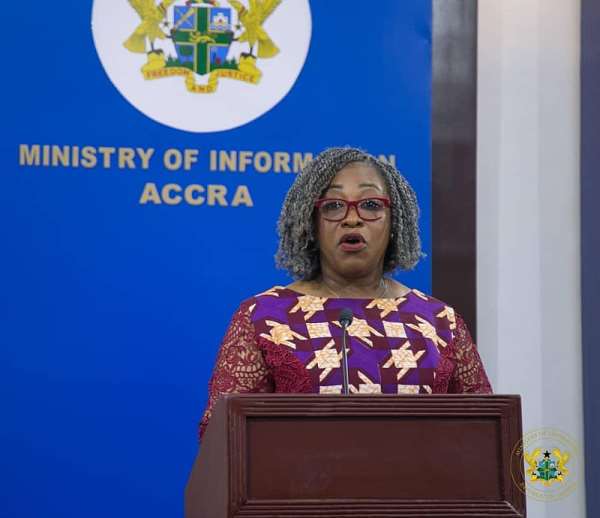 Minister for Foreign Affairs and Regional Integration, Shirley Ayorkor Botchwey has disputed claims that the second-year Ghanaian medical student who died in Cuba was abandoned and denied healthcare.

The death of Erasmus Klutse, a GNPC-sponsored scholar in Cuba, has seen his colleagues in that country raise serious concerns about their living conditions and attribute his death to the deplorable state of their welfare.

But speaking during a visit by the Cuban Ambassador to Ghana to the Ministry, Shirley Ayorkor Botchwey lamented that social media had been used to spread conflicting reports about the death.

According to her, the government and the Ministry didn’t receive the news of Erasmus’ death lightly.

“Because of social media, all kinds of things get into the public domain, and it is difficult to know what is the truth or otherwise. We received the news of the death of the 2nd-year student with a lot of concern but what is important is that he was not denied any medical attention. That is very important and must be noted by all.”

Meanwhile, the remains of the student would be flown back to Ghana as soon as the ongoing autopsy is completed.

That's according to the Executive Director of the GNPC Foundation , Dr. Dominc Eduah.

Dr. Eduah in a Citi News interview said the GNPC Foundation will cater for all expenses involved in the transportation of the body back home.

“We discussed it, and we are waiting for the full autopsy report, and after that GNPC is on standby and is committed to ensuring that the body is brought in as early as possible for the necessary rites to be undertaken.”