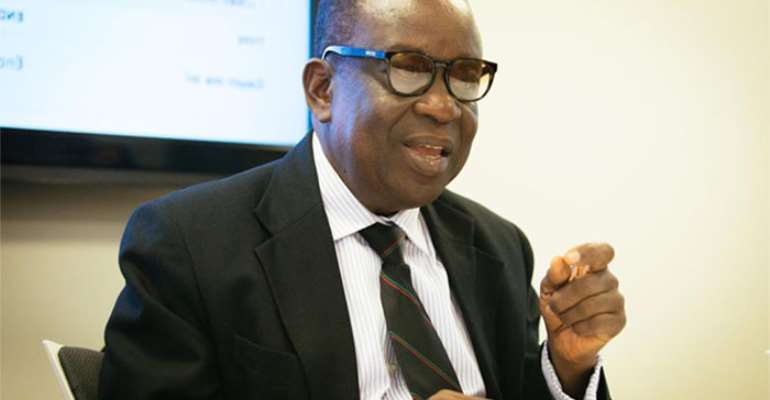 I listened to Citi Fm morning show on May 13, 2021 and heard a journalist, Caleb Kudah recount how National Security arrested and molested him for what I believe was entering a security zone to film and make news report for broadcast without permission. In fact, I was gobsmacked listening to how he was brutalised for doing what is required of every Ghanaian citizen under the 1992 Constitution. This article is on the rights of citizens and a contribution to the debate on the return of culture of silence in Ghana.

According to the journalist, with the current “FixTheCountry” campaign, he reposted a story he made on the abandoned Micro Finance Small Loans Centre (MASLOC) vehicles in 2019. However, his attention was drawn to the fact that, the vehicles had been distributed. He therefore deleted his repost and apologised. He requested anyone who had benefited from the distribution to let him know and he got some confirming that they had benefitted. He subsequently decided to go to the site where the abandoned vehicles were parked to verify for himself if they had been distributed or were still there. On his arrival, some of the vehicles were still abandoned there so decided to film for an update report. It was during the filming that he was arrested, his phoned seized, handcuffed and brutalised by National Security staff.

I could not believe what I was hearing and wondered if this was the same country that Nana Akufo-Addo as Attorney General led legislation through parliament to repeal the PNDC’s obnoxious Seditious Criminal Libel Law in 2001? I also asked myself whether this is happening under the same Nana Akufo-Addo, described as renowned and accomplished Human Rights Attorney? If so, why are such brutality on a journalist under his watch as president? Is he unaware of such reports of human rights abuses by his National Security? If he is unaware, are his ministers and advisers not telling him what is happening? Is no one brave enough to tell the king in the face that he is naked? Do we have to wait till the king parades his nakedness in public before a boy says it to him as it is, that he is naked?

I am confident the ancestors of the Danquah-Busia tradition will be turning in their graves for such degrading and unhuman treatment of a journalist by a government led by one of heirs to their political dynasty that claims to be bastion of democracy and the rule of law in Ghana.

I have heard that the president of the Ghana Journalist Association (GJA) claims that the Citi Fm journalist broke the Code of Ethics of GJA. Really? So, what was the crime committed by the journalist to be subjected to barbaric, degrading and inhuman treatment by the National Security? Was it Illegal, forceful, unlawful entry into a security zone or unlawful filming of a security zone, transmitting materials to another journalist, attempting to report false news or all of them?

Let’s assume without admitting that the journalist committed all the above acts. Was he guilty for merely doing what are being alleged? My answer is emphatically, No. He did not commit any crime let alone be guilty. Why?

The answer lies in the objective/s of his actions and or omissions. The right and appropriate question to ask and answer is, was what he did in the public interest? Absolutely. MASLOC used public funds to purchase vehicles for distribution to Ghanaians to operate as taxi business and repay in instalments. Therefore, even if one of the vehicles is abandoned, that is of huge public interest that every Ghanaian and not only journalists must be able to bring to public attention as required under the constitution because it is waste of scarce public resources and negligent on the part of MASLOC. For this reason, it was justified for any Ghanaian to be able to report such waste whether the person entered the security zone with or without permission. In other words, the end justifies the means.

Moreover, the presence of the journalist in the security zone was not and would not cause security risk to Ghana. In addition to this, he was a journalist, a member of the fourth realm of governance with a duty to inform, educate and entertain and in doing so to hold public officers accountable.

His mission was to confirm whether the abandoned vehicles had been distributed or not and he saw some of the vehicles still abandoned. Therefore, if there was any unlawful or illegal act, it was committed by MASLOC for not distributing all the vehicles but leaving some to waste in the sun when there are thousands of unemployment young Ghanaian drivers without vehicles to drive. So, it’s the leaders and management of MASLOC that should be investigated by National Security for their negligent and causing financial loss to the state. Again, National Security should consider youth unemployment as a potential security risk to Ghana.

It is therefore bizarre and unreasonable for National Security to arrest and brutalise him for carrying out his constitutional duty of holding public officers accountable just because in their lopsided logic, the report will cause embarrassment to government.

For those who say he entered a security zone without permission, no Ghanaian needs permission to enter a security zone if the object of his or her entry is of public interest. For example, certain sections of ports are security zones but if there is reliable information that it’s being used for illegal activities such as smuggling of contraband goods into Ghana, then any citizen can enter there to gather evidence of the illegal activity and bring it to the public notice for appropriate action to be taken by the state.

I also do not understand why National Security ordered Zoe Abu-Baidoo to delete all photos and videos on her mobile phone and she did. Not even the president of the Republic has authority to order a citizen to delete photos and videos on her/his phone, unless there are reasonable grounds that the photos and videos are illegal and or would be used to commit crime or illegal activity. Even in that situation, a court order is required so that an independent and impartial judge will review the materials on the phone, give the owner the opportunity to explain why the materials should not be deleted, prior to a final decision.

The question is, did National Security establish if any of the photos and videos on the phone were illegal or could be used to commit crime prior to ordering that they must be deleted? Can National Security be a judge in their own court? The action by National Security is not only a violation of the journalist’s fundamental human right to privacy but also abuse of power and it’s unacceptable in a democratic society. The journalist should have disobeyed the order but that is probably asking for trouble in Ghana.

There is no doubt that these are actions by state actors (National Security and the police) that some Ghanaians make to believe the return of the culture of silence because the brutality meted out to Caleb Kudah and the Rambo-style arrest of Zoe Abu-Baidoo is to intimidate and scare journalists from doing their work in holding the Executive accountable in their barbaric mentality of “I will show you where power lies”. This is a national disgrace that would rather cause more disaffection for the government. This is not what should happen in a democratic society and certainly not under the government of Nana Akufo-Addo who championed press freedom as Attorney General.

I was scandalised by what happened to the two journalists. My fear is, how many of such barbaric behaviour by National Security towards citizens go unreported and never known because they are not journalists? These abuses still happen because no one is punished for the violating human rights.

More Feature Article
ModernGhana Links
We have lost our Country and Agriculture to deceitful and bane politics
Climate Pollution- Common Threat to the World
Wicked be that “power-from-above” seeking to kill Bishop Owusu Bempah
Admonition to Prophet/Reverend Bishop Owusu Bempah from his Juaben-Ashanti kinsman
The weird tale of the ‘missed call’
A Quick Note to Nana Adwoa Akom-Mensah and Kojo Derban
Scholarships for Abroad Are Win-Win for Originating and Destination Countries Alike
How Is Integrity Part Of The Journey?
The Anglo Unilateralists Strike
TOP STORIES

Some MMDCEs will be approved in December because of controve...
50 minutes ago