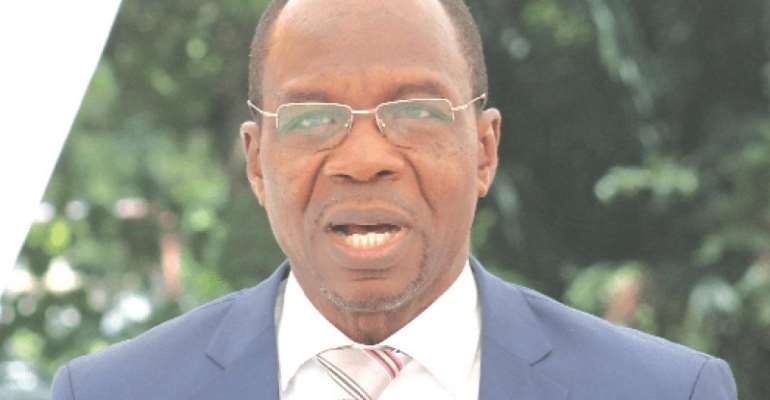 The Alliance for Social Equity and Public Accountability (ASEPA) has called for the removal of Ghana Journalists Association (GJA) president, Mr Affail Monney after accusing him of betraying the Citi FM/Citi TV journalists arrested by National Security operatives.

Subsequently, officers of the National Security stormed the premises of Citi FM to pick up Zoe-Abu-Baidoo after they found out the video taken by her colleague Caleb Kudah had been sent to her phone.

In the midst of condemnation from Civil Society Organisations, GJA President Affail Monney on his part has accused Caleb Kudah of breaching the association’s code of ethics.

Shocked by the stance of the GJA boss, ASEPA says “what Mr Monney has done is to encourage the brutal assault of Journalists (which has become the current norm) if the security agencies are convinced that the Journalist breached any law.”

A press release from the CSO signed by Executive Director Mensah Thompson adds, “We believe this is a betrayal of the GJA and its President not only to Mr. Caleb Kuddah and Ms. Zoe but to the entire journalist fraternity in the country and must be treated with all seriousness.”

As a result, ASEPA wants the President of GJA removed from his position.

“We believe Mr. Monney cannot continue to hold himself as the President of the GJA after such reckless display of not just cowardice but individualism and failing to uphold the interests of all journalists in the Country.

“We are therefore calling for the immediate removal of Mr. Affail Monney as GJA President, this is the only way the GJA can distant itself from the comments of Mr. Monney and show solidarity to their compatriots,” part of the ASEPA statement reads.

Read the full press release from the GJA below: