The NPP Ignores Kennedy Agyepong At Its Peril! 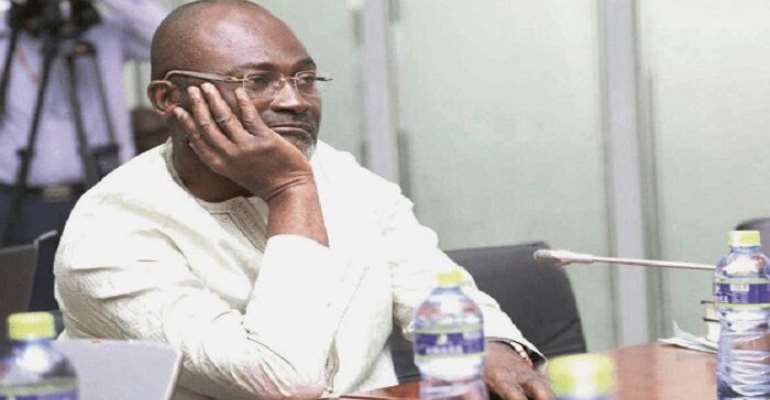 I describe the system whereby Ghanaian “big men” do not react to things said about them by members of the public, and the media, as whirling matters of concern to Ghanaians, into “the black hole” of Ghana.

A 90-year-old woman is beaten to death in Northern Ghana on mere suspicion of – being a witch. Hands are wrung and the police create the impression that the matter is “in hand.” Because our timid media allows itself to be gagged by the sub-judice” rule (by which matters before the courts not be discussed in the media, for fear of prejudicing a fair trial for those involved) this grave issue which, in some countries, would cause the rolling of many police/prosecutor heads, dies a natural death.

It has died because the police and the prosecutors have decided to make it die. Yet we still pay them to bring justice to people who have been wronged. Obviously, to them, the murder of a 90-year-old woman is not a “wrong” thing done against anyone.

Yet, when we hear, years later, that some school-children have murdered a younger playing mate of theirs “in an attempt to make money” by metaphysical means, we express shock. How can a society that pushes some crimes into a “black hole” expect the society to learn any lessons about crime and punishment?

Let us be quite clear about this: the truth of the matter is that there must be a cause and effect phenomenon at work in this area of superstitious criminality. Why? Because the 90-year-old “witch” was killed at least 5 years AFTER another alleged “witch” was burnt to death, in plain daylight, at Tema.

Yes, it's been over ten years since that earlier murder took place. But no amount of either cajoling, or imploring, the prosecuting arms of government has persuaded the police merely to tell the public about what happened to the Amma Hemma case, after the initial presentation of it to a court of law.

Again, I ask: how do you expect the society to learn that if you kill anyone for any reason whatsoever – including the suspicion that the person was a “witch” – you would be tried and punished if found guilty?

Read More: Savagery In The Name Of Religious Belief

There is no way a society will, out of a “revelation” from on high, stop inflicting brutalities upon other members of the society. The only thing that works is SEVERE PUNISHMENT.

If that were not so, the white policeman who is being tried in America for kneeling on the neck of another human being for nine and a half minutes until the person he was pinning down was dead, would not be seeking to pick holes in the prosecution's case, so as to be able to appeal against his conviction. READ:

Yes, Chauvin killed a fellow human being in a manner that would not be used by a civilised human being on a dog. There is video evidence to show conclusively that he did it and did it deliberately.

But the justice system of the “most advanced society” on Planet Earth will give him his day in the appeal court – as plainly indicated by the fact that the judge did not immediately impose on a sentence on him after he had been found guilty.

Yep – his background would be probed to find out what sort of life he had led before committing murder. I ask you to imagine what sort of things his white colleagues and his white neighbours will tell the investigators, if asked. “Such a nice guy! He never killed a fly, ever!” Tell me the judge will send him to the electric chair and I shall say to you, “Tell me another!”

Now, we have in this country, a Member of Parliament who is always saying “outrageous” things. Because he owns his own television station, even things which others might not say for fear of the law of libelor other legal remedies, get said by him.

Even though he could be protected by parliamentary immunity if he were to say in Parliament, some of the utterances he makes in the media, he prefers to make his most “explosive” statements in the media.

Out of his lack of restraint lies many a truth, but he, like all other Ghanaians who like to tell the truth, has been parked in the corner where our authorities have written: “DROP THIS IN THE BLACK HOLE!”

Of course, this instruction is written in invisible ink, so you and I cannot see it. But the Ministers see it. And so do their subordinates in the police and the other investigative agencies. In fact, there is nobody in Ghana who has ears who has never heard a Kennedy Agyepong outburst.

In certain countries, a man like that would provide leads to the solution of many of the problematic issues that create a lack of confidence by the public, in the administration. But in Ghana, the “Establishment” snobbishly declaims: “Oh, Kennedy Agyepong again? Don't mind him: “ᴐkkasa aa na ᴐbbrԐ a, n'ankasa begyae!” [if he gets tired talking hot air he will stop by himself!”]

Indeed, I have to warn the Honourable Member of Parliament that even his normally admiring public is beginning to suffer from chronic “Agyeponitis!” because he does not always follow through what he claims he's going to reveal!

For instance: this is what one person wrote on social media after watching the latest “explosive video” featuring the MP:

“Ehhhsh! Keneddy Agyepong! What a windbag. If I had a pound for every time I've heard him threaten to expose people and not go through with it, I would be a millionaire. LOL”

Perhaps it is time for the Hon. MP to practise the aphorism: “Put up or shut up?”

I wouldn't be spending time on the statements he makes in his latest video, myself, except that what he says about galamsey does have have the ring of truth about it. As galamsey poses a terminal threat to Ghana's very existence, to ignore what Mr Agyepong says about it is to contribute to a hastening of our existential demise.

If the reader is interested, he can go to www.youtube.com and search for Kennedy Agyepong+galamsey.

I am afraid the reader who undertakes this task will have his/her patience tasked, since so many videos will pop up. Elimination by date posted would be a good tactic.

The reason why no-one, especially NPP power-brokers, would not be foolish to dismiss Mr Agyepong's allegations is that in most political parties, it is the mavericks of Agyepong's type who often trigger reforms in the party that saves it from extinction. Had Michael Heseltine and Sir Geoffrey Howe not existed to challenge some of the mad policies of Margaret Thatcher, the British Conservative Party would most certainly have been driven into a ditch and ended up fossilised on the rubbish heap of history.

A political party, if it wants to continue ruling, must renew itself and its policies. The NPP's opportunity to do so is – Now!