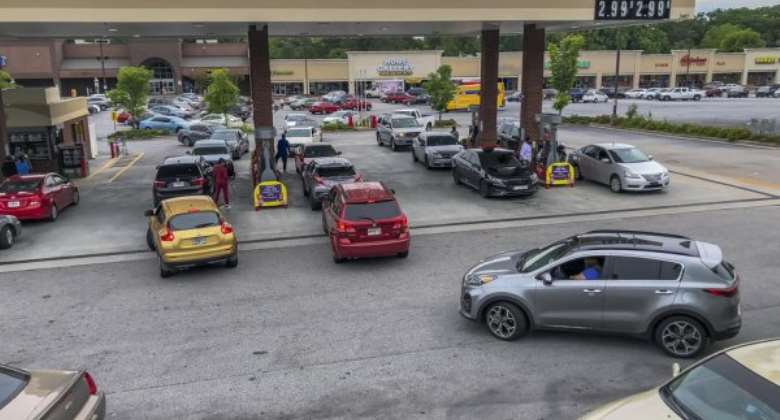 Long lines began forming at petrol stations across the US' East Coast this week as panicked drivers worry about supply shortages and higher prices following the shutdown of the Colonial Pipeline, a major US fuel artery that was hit by a cyberattack over the weekend.

Photos and videos shared on social media showed drivers lining up for gas in the Carolinas, Georgia and other states in the Southeast. Many stations have run out of gas entirely or only have premium.

“It was unbelievable. When I was driving today, I thought it was a catastrophe coming!” Yasheeka Wiggins, of Marion, South Carolina, told CBS News. “I've seen all these cars waiting and I was like, 'OMG. I have to fill my tank up!' ”

The Colonial Pipeline, which delivers nearly half of the fuel used on the Eastern seaboard, was the target of a ransomware attack by a Russia-based criminal group called DarkSide, the FBI confirmed Monday.

The company said it was working to resume operations by the end of this week, but the temporary disruption is already wreaking havoc across the region.

Demand and prices soared on Monday as consumers resorted to “panic buying” in states affected by the shutdown, according to GasBuddy, a travel and navigation app that tracks petrol data nationwide.

Demand for petrol across the country rose by about 20 per cent Monday compared with the prior Monday, GasBuddy reported.

The average change for five states that were affected the most — Georgia, Florida, North Carolina, South Carolina and Virginia — was even more significant, with a 40.1-per-cent increase in demand, according to the app.

As of 10 am Tuesday, 7.6 per cent of petrol stations in Virginia were said to be out of fuel — the highest figure in the region.

The rate of empty gas stations was also high in Georgia, with more than 4 per cent, and North Carolina, with nearly 6 per cent, GasBuddy reported.

The company urged drivers to be patient and not rush to gas stations as the shutdown is expected to last just a few days.

“Panic buying or hoarding of gasoline will prolong outages and price spikes, making them much worse,” GasBuddy said in a blog post.

Meanwhile, gas prices have also gone up. The average national price of a gallon (3.78 litres) of regular gas has jumped 6 cents, to 2.96 dollars, according to AAA.

If the trend continues and the national average reaches 2.99 dollars, it would be the highest price since November 2014.

AAA officials said the impact of the shutdown at the pumps would likely be worse in a handful of states.

“Areas including Mississippi, Tennessee and the east coast from Georgia into Delaware are most likely to experience limited fuel availability and price increases, as early as this week,” AAA spokeswoman Jeanette McGee said in a statement.

Those states, she said, could see price increases of up to 7 cents this week.

The Colonial Pipeline said some lateral lines had already reopened and it was in the process of restoring the main ones. The company's website was still down on Tuesday morning.

Its system pumps about 100 million gallons of fuel from Houston to the New York Harbor every day.