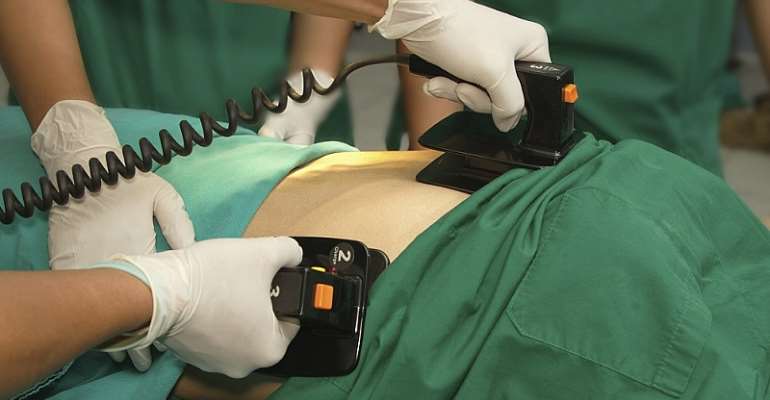 A Neurosurgeon at the Korle Bu Teaching Hospital Dr. Hadi Abdallah has expressed anger over the poor state of the country’s neurosurgeon unit at the premier hospital.

The facility which serves as a referral center can only boast of four beds at its Intensive Care Unit and one operating theater. The hospital also lacks vain finders, monitors, amongst other vital equipment.

According to him “if we had an ICU that was functional, we could have prevented people from getting stroke but the ICU doesn’t allow that.”

Speaking to Francis Abban Wednesday, Dr Abdallah described as criminal the fact that specialist facilities do not have basic machines such as defibrillators which are used to restore a normal heartbeat by sending an electric pulse or shock to the heart.

His comments come after the mother of the late Michael Kofi Asamoah whose brain condition went viral on social media, Cordelia Ama Selormey, shared her experience at the Korle Bu Hospital over how she lost her son due to the lack of basic equipment like the defibrillator.

Dr Abdallah angrily said “we should send reporters around this country to find out how many defibrillators are in our hospitals. It’s criminal that we don’t have defibrillators in hospitals.”

He further revealed that “we are operating with only one theatre and we have only one space in the intensive care unit. Our ICU is supposed to have twelve beds but currently, we have just four and one out of it is for neurosurgery. And even with that one, it’s subject to availability.”

Dr Abdallah, however, maintained that “this is not a direct attack on Korle-Bu board but it’s how the system has been run over the years.”

Touching on the culture of silence in the health sector, he disclosed that “many doctors over the years have refused to speak the media to highlight some of these things because we have people who have been put there by gov’t who’ll come at you when you speak”.

Meanwhile, EIB Network has committed to assisting with the acquisition of some key equipment for the unit.