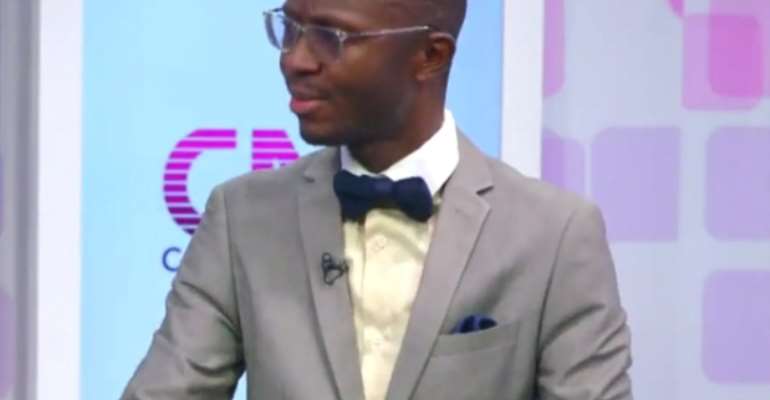 The General Manager of Citi FM and Citi TV, Bernard Koku Avle, has condemned the approach used by the Police in their attempt to arrest a journalist at the premises of the media house on Tuesday, May 11.

A team of about seven heavily armed police officers besieged the premises of Citi FM and Citi TV on Tuesday afternoon, May 11, 2021, in an attempt to arrest a journalist.

Zoe Abu-Baidoo, a broadcast journalist with Citi FM and Citi TV had been targeted in the raid after the police accused her of receiving some video files from her colleague, Caleb Kudah.

Mr. Kudah, also a broadcast journalist and Host of BackPage on Citi TV, had been accused of filming at the car park of the Ministry of National Security, a supposed restricted security zone on Tuesday, and had sent the videos to Zoe via WhatsApp.

Commenting on the incident on Citi TV’s evening news bulletin, CNR, Mr. Avle, the Host of the Citi Breakfast Show, said “I personally do not see what the whole approach was about, particularly in the times we are in, with all the issues at hand. Besides we are a recognised media house and you know people here, so if you want to talk to Zoe about information she has, this is not the way to do it.”

“Our focus is to ensure that the journalists are okay. This was very traumatising for Caleb; he had been there since 2:00pm,” he added.

He indicated that the company will “monitor to see if they will press charges.” What happened?

According to the Police, he was arrested for filming at the premises of the National Security Ministry, a restricted security zone.

About seven heavily armed officers subsequently stormed the premises of Citi FM/Citi TV in an attempt to arrest, Zoe Abu-Baidoo, another broadcast journalist with the respected media house, whom they claimed had received files from Caleb Kudah.

In an attempt to arrest Zoe after tagging her as Caleb Kudah's accomplice, the heavily armed officers besieged the premises of Citi FM/Citi TV in three different vehicles.

While at the premises, the officers tried to overpower Zoe, who at the time was standing at the company's car park.

Zoe Abu-Baidoo subsequently bolted and reported the issue to her superiors after sensing danger because some of the officers tried to capture her.

The incident shocked the staff who had come out in their numbers to catch a glimpse of it.

Management of Citi FM headed by the Chief Executive Officer, Samuel Attah-Mensah, who was present at the time of the incident, intervened and together with Zoe and other managers of Citi FM/Citi TV, followed the officers to the National Security Ministry.

They returned with Zoe Abu-Baidoo, while Caleb Kudah was interrogated for a while longer before his release later.

Your hypocrisy is telling — Murtala Mohammed blasts CJ over ...
21 seconds ago

Greening Ghana Project fits into our 30% greening project — ...
7 minutes ago