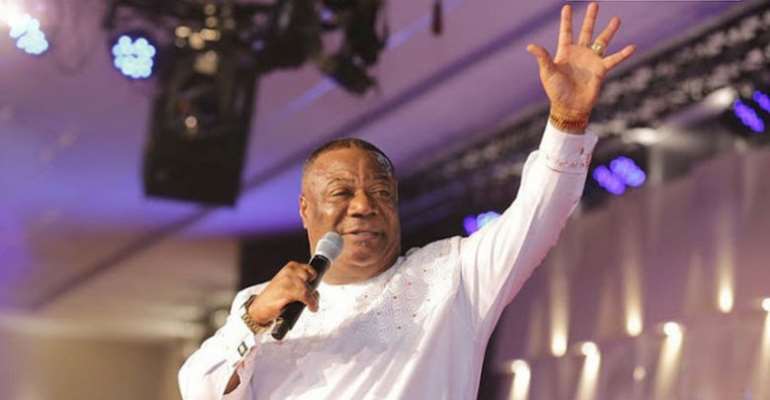 Presiding Archbishop and General Overseer of the Action Chapel International Ministry (ACIM), Nicholas Duncan-Williams has posited strongly that, God and the Devil use men to either bless and hurt humans respectively.

He averred that the notion being held by some believers that all they need is God is an erroneous impression which must be discarded.

It has become a popular refrain from most Christians that in order to succeed and achieve anything in life, all they need is God and not humans.

The irony of this position is that God is a spirit and works only through men to bless other people.

According to him, God cannot give anyone anything unless He uses humans to help others.

In order to let his congregants appreciate what he intended to put across, the ACIM founder added "Jesus needed more than God. He had God's favour but needed the favour of man in order to execute God's plan for him towards humanity".

Further, the Archbishop submitted to his members that "the key to your next level is in somebody's hands. It's not in Heaven, it's not with angels, it is with somebody" he stated.

"He uses men to bless men, men to help men and because the devil knows that, he will always make sure that he attacks men and deploy men to hurt you, to offend you so you will never again trust anybody."

This according to the Archbishop is the sad situation which is affecting most Christians to the extent that they have lost trust for anyone within the church.

This is a sad spectacle to behold within the body of Christ. Such situations has become an obstacle inhibiting fellow Christians from seeking help from others. But, the reality is that God can only bless others through other people and that is what the Papa wants his followers to imbibe.

Most of such people who have developed such a mentality whether being pastors or normal church members have developed a high level of mistrust for other people so much that it affects their relationship with others.

"I've seen people in the church, they love God, they believe in God but they don't trust anybody".

In addition, he underscored the point that "I've known preachers who are very successful, very anointed but they don't trust anybody, they wouldn't relate with anybody and they will stay that way and die and go to their graves prematurely".

These things happen to Christians because some people think "Being gifted, being skillful, being brilliant, being anointed, being successful is all that they need."

This according to the ACIM leader is a joke and an egregious error on the part of some believers. "God never made anyone of us to be an island unto themselves. We are interdependent. You need me and I need you."

"Everybody needs somebody. In your lifetime you're going to need somebody" he postulated.

The Papa as he is affectionately called, made these revelations in a sermon he delivered to his church members monitored on his official Facebook page called "Archbishop Nicholas Duncan-Williams".

In concluding his sermon, he counseled his church members to appreciate the fact that, there comes a time in a man’s life when the things that people have put their trust in most and the things they lean on the most fails.

"Whether it's brilliance, skill or anointing or prophetic powers or money or success or influence or is a gifting or wealth. There comes a day and a time in your life when it fails".

It is during such times when all that people depend on fails, then they shall realise the need for another and why it is important to appreciate others.