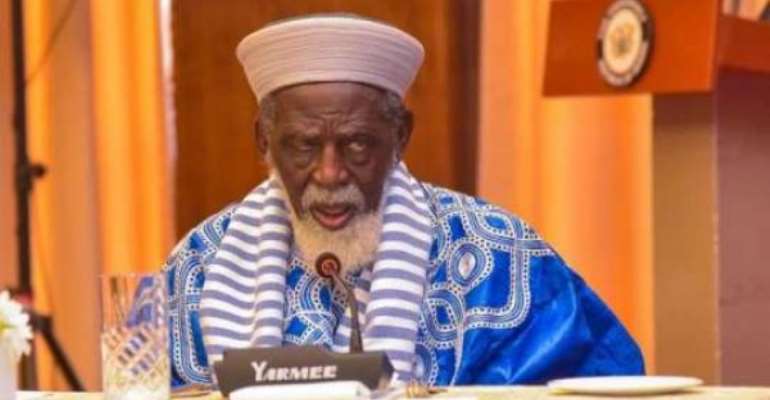 “Embracing diversity is key in grooming young people as they grow, and education also involves diversity and diversity is when you allow others to be able to do what is legitimate as far as their culture or religion is concerned,” he said.

Reacting to the Wesley Girls Muslim fasting impasse, Sheikh Zagoon-Sayeed, said: “We think that this matter can be discussed and resolved amicably … before it becomes a problem.”

Sheikh Zagoon-Sayeed said they believed that Ghana had come a long way to allow that action to affect the long-cherished peaceful coexistence between Muslims and Christians.

He said the question was not about Muslims getting or not getting their schools, but about peaceful co-existence and interacting well with everybody in the community and that the best place to do that was in the educational system.

The Executive Director reiterated the call on Muslim communities to be calm and allow the leadership to resolve the problem, saying going forward, Muslims would have to engage their Christian counterparts more usefully on educational issues.

Hajia Fati Suleiman, Lecturer, Department for the Study of Religions, University of Ghana, said the essence of the boarding school system was to ensure peaceful coexistence between Muslims and Christians and all others who professed other faiths.

She said it was also to build the sense of togetherness as one people and it was that that had helped Ghana to enjoy peace in the sub-region over the years, and prayed that stakeholders would come together to help resolve the issue as soon as possible.

Meanwhile, the National Chief Imam, Sheik (Dr) Osman Nuhu Sharubutu, has called for immediate consultations of all stakeholders for a quick and amicable resolution for national cohesion.

The Muslim Caucus in Parliament also entreated the Muslim Ummah to continue to exercise self-restraint and goodwill for peace to prevail.