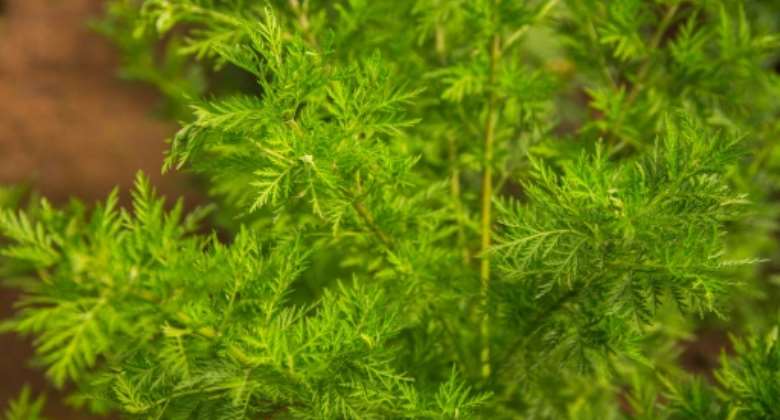 The infusion is brewed locally and based on the anti-malarial plant artemisia. By RIJASOLO (AFP/File)

A Madagascar court on Friday quashed an appeal by an opposition figure jailed for allegedly instigating protests against a herbal drink touted as a coronavirus treatment by the president.

Harry Laurent Rahajason, a former communications minister, was sentenced to 44 months in prison in October for disrupting public order and inciting hatred.

"My brother's... sentence has been confirmed by the appeals court," Rahajason's sister Bodo Fabre told AFP in tears, accusing the judges of bias.

Rahajason was arrested in July, days after two students held by police for putting up a protest banner in the capital Antananarivo said they had been instigated by the ex-minister.

The students had taken to the streets to demand the release of the leader of their student group, who had been detained in June for criticising the drink on Facebook.

Rahajason has denied any link to the protesters.

His lawyers say the case is political and have taken the matter to the United Nations human rights committee.

Several doctors in Madagascar have criticised the infusion, dubbed Covid-Organics, which is brewed locally and based on the anti-malarial plant artemisia.

It has been distributed freely across the Indian Ocean island nation since coronavirus struck.

The drink's effects have not been scientifically tested and the World Health Organization issued several warnings against its use and distribution.

For months, President Andry Rajoelina promoted the infusion as a "miracle cure" and snubbed coronavirus vaccines.

But a recent surge in cases placing unprecedented pressure on the health system has pushed the president to backtrack and agree to start inoculation -- although he still touts the drink's virtues.

A first batch of the much-awaited jabs is expected to arrive on Saturday.

To date Madagascar, an island of 27 million inhabitants, has recorded over 38,600 coronavirus cases, including at least 701 deaths.

More than 10,000 cases have been reported over the past six weeks.

The more we sink into debt and become poorer, the more money...
8 minutes ago