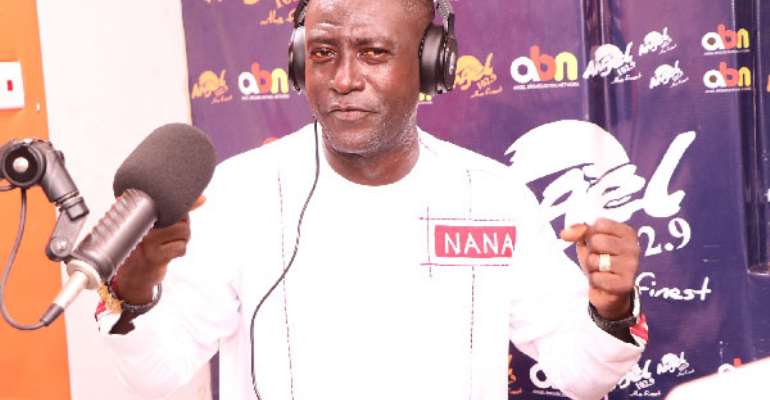 Captain Smart, the suspended host of Accra-based radio station Angel FM’s morning show “Anopa Bofour” is explaining the real reasons behind his suspension from the station.

He was said to have been suspended for criticizing the Nana Akufo-Addo-led government.

According to Captain Smart, in an interview with Paul Adom Otchere, host of Good Evening Ghana on Metro TV, after his show on Wednesday, the Chief Executive Officer of ABN, Samuel Kofi Acheampong called him on the phone telling him that “there is so much pressure coming from left-right-center” on the founding President of ABN, Dr. Kwaku Oteng, so he Captain Smart should call the President of ABN.”

“So, I called Dr. Kwaku Oteng and he said some people within Akufo-Addo's government are calling him and have been writing him letters from Ghana Revenue Authority (GRA) just because they say I talk too much.

Smart said that he asked why and Oteng explained that he, Captain Smart, had stated in one of his morning shows that Akufo-Addo, Dr. Bawumia, Alan Kyerematen, and the IGP are fools.”

“So, I asked on air? And he [Kwaku Oteng] responded that yes, you said it on air,” Smart narrated.

However, in another explanation, General Manager of the station, Kojo Dickson in a commentary on station said Smart was suspended for recalcitrant attitude.

He said several repeated warnings by Dr Kwaku Oteng to stop attacking personalities but rather issues had gone unheeded.

It was based on that disrespectful conduct that led to his suspension and not based any performance of the government.

'Very old Amidu 'supposedly experienced' yet survived for on...
1 hour ago