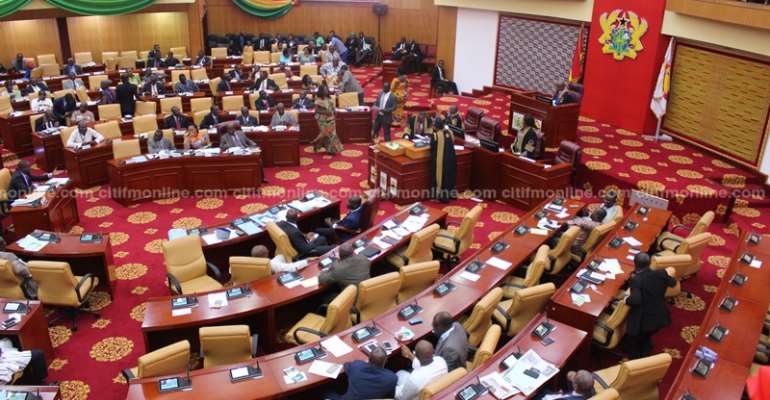 Dr Sir Sam Jonas delivers a speech in which he purportedly accuses Ghanaians of not voicing out in critique of the current administration of Ghana. He claims Ghanaians had been vociferous in criticising other administrations hence he wonders why in the face of all the harsh problems facing the people and the country at the moment, they have chosen to remain silent.

Soon after his speech and his statement on the prevalence of culture of silence in the country, some political opportunists, criminals and enemies of Ghana and the current NPP administration of His Excellency the President, Nana Addo Dankwa Akufo-Addo, have capitalised on his obviously fatuous claim to make a lot of noise in the country. Everywhere one goes, you will hear politically-incited people with the motive of seizing political power trumpeting in resonating unison “Fix the Country”. Out of utter ignorance, they seem to have found their voice as wished by Sir Sam Jonas when they shout upon the mountains and in the valleys, “Fix the Country”!

In the first place, Mr Jonas’ claim that there is a prevalence of culture of silence in the country is nothing short of untruth. The malicious NDC people or party have not ceased criticising the president and his government barely a month after assuming power in 2017 until today. Their criticisms of the government as spearheaded by Sammy Gyamfi and Otukunor among many others, are born out of hatred, envy and complete stupidity as well as diversionary tactics to deceive Ghanaians, thus, the usual NDC propaganda.

Have the colluding Civil Society Organizations (CSOs) and other journalists who seek their selfish interests not been supporting the NDC to criticise the NPP and the president at any least opportunity they get? Where then is that culture of silence Dr Jonas is talking about? In my estimation, he is simply being mischievous and untruthful.

When it comes to the now sloganized “Fix the Country”, let it be known to Ghanaians that Rome was not built in a day. It takes time, energy and money to fix all the herculean and varied problems confronting Ghana. Ghana is not the only country in the world at the moment that has come to face many an unexpected problem come about as a result of the Covid-19 pandemic.

Ghanaians had better read about other countries and especially, the bigger and far advanced economies of the world to judge for themselves how the Covid-19 pandemic has devastated their economies to bring untold hardships upon the citizens. Find out from your relatives abroad how the pandemic has affected them in terms of economic hardship. Have prices of food and other items not gone up in the developed countries in the wake of Covid-19? Have people not lost their jobs or made redundant? Have businesses not folded up?

Could the NDC have done any better if they were in power when the Covid-19 hit the world and still continues to ravage countries like USA, France, Germany, Canada and India? The measures taken by President Nana Akufo-Addo to mitigate the effect of the pandemic on Ghana to save the people is applauded internationally. He is a visionary leader with the clout to develop the nation.

I think most Ghanaians have misunderstood Dr Jonas if he meant good for the country or they have supported his mischief if he meant evil.

Could the nonsensical allegation of prevalence of culture of silence as capitalized upon and being touted noisily not a tactful ploy to hoodwink Ghanaians by falsely encouraging them to resist any attempts by the incoming Special Prosecutor to investigate and prosecute corrupt officials? Where Martin Amidu might have wilfully, collusively or inadvertently failed to do his job hence resigning in shame amid making false allegations bordering on AGYAPA MINERAL TRANSACTION, the new one will be more serious to chalk successes hence the saboteurs going ahead of him to render him weak by accusing the government of intimidating Ghanaians hence the prevalence of culture of silence.

There is no culture of silence in Ghana. If you don’t believe me, go and ask Sammy Gyamfi and his ilk of political opportunists and criminals who seek their selfish interests but not the collective interests of Ghanaians. Are they not on air and in the streets accusing and insulting even the person of the president every now and then? Could they do that if there was a culture of silence in the country?

Dr Sam Jonas had indeed meant to tell Ghanaians that they are favouring the current president and government hence not criticising them that much! However, that does not mean the people should rise up to make stupid criticisms where there is no need for!