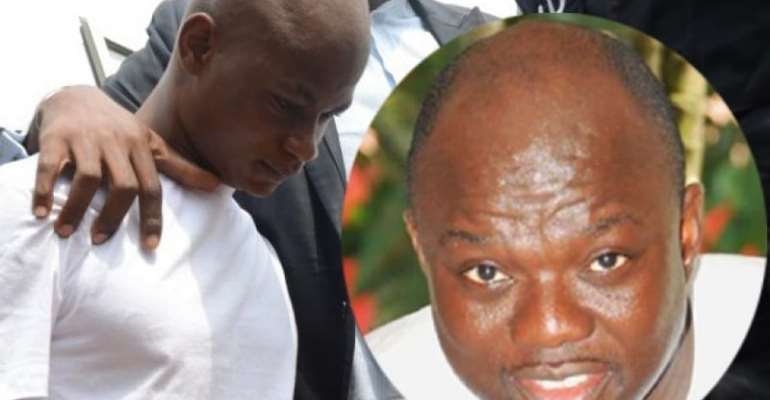 The Night Security man of the late Abuakwa North Member of Parliament (MP) Joseph Boakye Danquah Adu has testified in the trial of his late boss.

The security man Stephen Apraku Mensah, told the Criminal Division of the Accra High Court that, he slept off but when he woke up JB Danquah had been killed in bizarre circumstances.

Apraku Mensah, who had worked with JB Danquah for 13 years told the court that, the wife of the late JB Danquah only peeped through her bedroom to enquire what was happening when the police arrived in the house.

Being led by Senior State Attorney, Sefakor Batse, to give his evidence-in-Chief as the second prosecution’s witness, he told the court that, he got scared after he woke up from his sleep and saw a ladder placed strangely on the bedroom side of his late boss.

EIB Network’s Court Correspondent Murtala Inusah reports that the Witness was emotionally tensed as he testified.