Malawi govt orders thousands of refugees back to camp 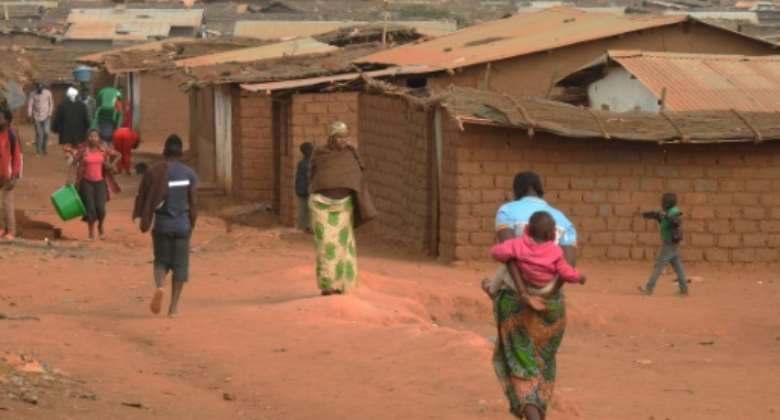 The Malawian government has ordered thousands of long-integrated refugees to return to its sole but badly overcrowded refugee camp, in a controversial move that many have vowed to resist.

The UN estimates there are around 2,000 refugees residing outside the camp at Dzaleka, about 40 kilometres (30 miles) north of the capital Lilongwe.

Many have lived there for years, setting up businesses in the town or marrying Malawians and having children with them.

But the government argues they pose a potential danger to national security by living among locals.

"We are not chasing them, and we just want them to be where they should be," Homeland Security Minister Richard Chimwendo told AFP.

"Those who have businesses... will have to operate from Dzaleka."

"If they are married they must apply for permanent residence" instead of "just spreading themselves across the country."

"We are not sending them back to their countries," he argued.

The UN refugee agency UNHCR in Malawi said the directive was in line with the country's encampment laws, but advised the government to reconsider.

It said, according to an official communication it received from the Homeland Security ministry, the decision was also taken in the light of "security concerns in order to protect both refugees and host communities following the volatile situation in Mozambique's Cabo Delgado area".

But Chimwendo said the decision to relocate the refugees was not linked to the insurgency in neighbouring northern Mozambique, where jihadists have wreaked havoc for over three years.

With an initial capacity of between 10,000 and 14,000 refugees around 1994, the camp now houses 49,386 people and several hundred continue to arrive each month, according to the UNHCR.

The deadline for refugees to return to the camp was April 28, but a last-minute court injunction gave them a brief respite.

Jean Minani, a longtime Burundian refugee who resides out of the camp, is among many who object to the order.

Speaking in one of Malawi's main languages, Chichewa, he told AFP he sought asylum in the southern African country 13 years ago, eventually setting up a small retail business, a food store.

Like many asylum seekers, Minani sees a return to Dzaleka as unimaginable for him and his family after their successful integration into a local community.

"We are not comfortable" with the idea, Minani said, voicing fears of catching Covid-19 in the over-crowded camp.

He also feared the move would disrupt their children's education while they are facing exams, and he scoffed at the monthly food ration, worth $5 (four euros).

Kanamula John, who represents Rwandan refugees in the camp, is also concerned about congestion at the facility.

"Some of us have married Malawian women and some Malawian men have married refugees. We don't know what will happen to our children," John said.

The minister admitted there was not enough accomodation at the camp, but vowed "we are looking at how best we can settle that."

Burundian national Ntizo Muheba, who arrived in Malawi in 2005, has returned to the camp but is sleeping rough for lack of accommodation there.

"I have four children, and it is hard to live like this," he said.

About 62 percent of the refugees are from the Democratic Republic of Congo, 23 percent from Burundi, 14 percent from Rwanda while the rest are from Somalia and Ethiopia.

Congolese refugee John Muhirwa pleaded with the government "to bear with us and allow us to live outside the camp for our children to return to their schools. We were living peacefully with the local people."

Rights groups have urged the government to treat the refugees with dignity and safeguard their financial property.

While the UNHCR acknowledged that the government has legal grounds for ordering the relocation, it warned of "serious human rights implications".

In an email response to AFP, it said schools would be congested and water supplies would be stretched as well as health facilities.

Meantime, Malawi insists it will challenge the court injunction, the latest in a series of legal tussles between the government and the refugees since 2016.